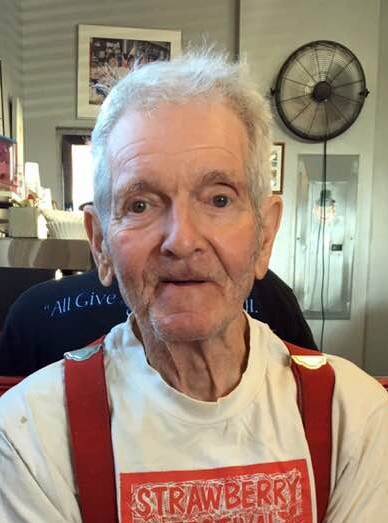 He grew up in Coventry, R.I. and graduated from Coventry High School. He entered the U.S. Navy in 1957, serving until 1961. He was employed at Pratt & Whitney, Connecticut and then Quonset, R.I. He married Cornelia G. Leigh in 1962, and they moved to Wiscasset in 1977. He was then employed by DOD Supervisor of Shipbuilding in Bath, retiring in 1995.

He enjoyed his family, friends, and the many projects he had around the house. He was always up for an adventure, and many times was the instigator! If John couldn’t be found all you had to do was listen for the chainsaw or tractor.

He is survived by one son, John E. Grundy and his wife Leigh of Stow, Mass.; two daughters, Christine G. Grundy of Wiscasset, and Jennifer L. Trowbridge and her husband Andrew of Franklin; two brothers, Henry F. Grundy and his wife Hillary of France, and James W. Grundy and his wife Beverly of Rhode Island; one sister, Marianne Doyle of Virginia; four granddaughters; and many special nieces and nephews.

The memorial service for John Grundy for Saturday, March 21 at the St. Philip’s Episcopal Church has been cancelled due to the ongoing concern for the well being of the community at this time. Burial will be at Evergreen Cemetery in Medway, Mass.

Memorial contributions may be made to Fisher House (fisherhouse.org); or the American Parkinson Disease Association (apdaparkinson.org).