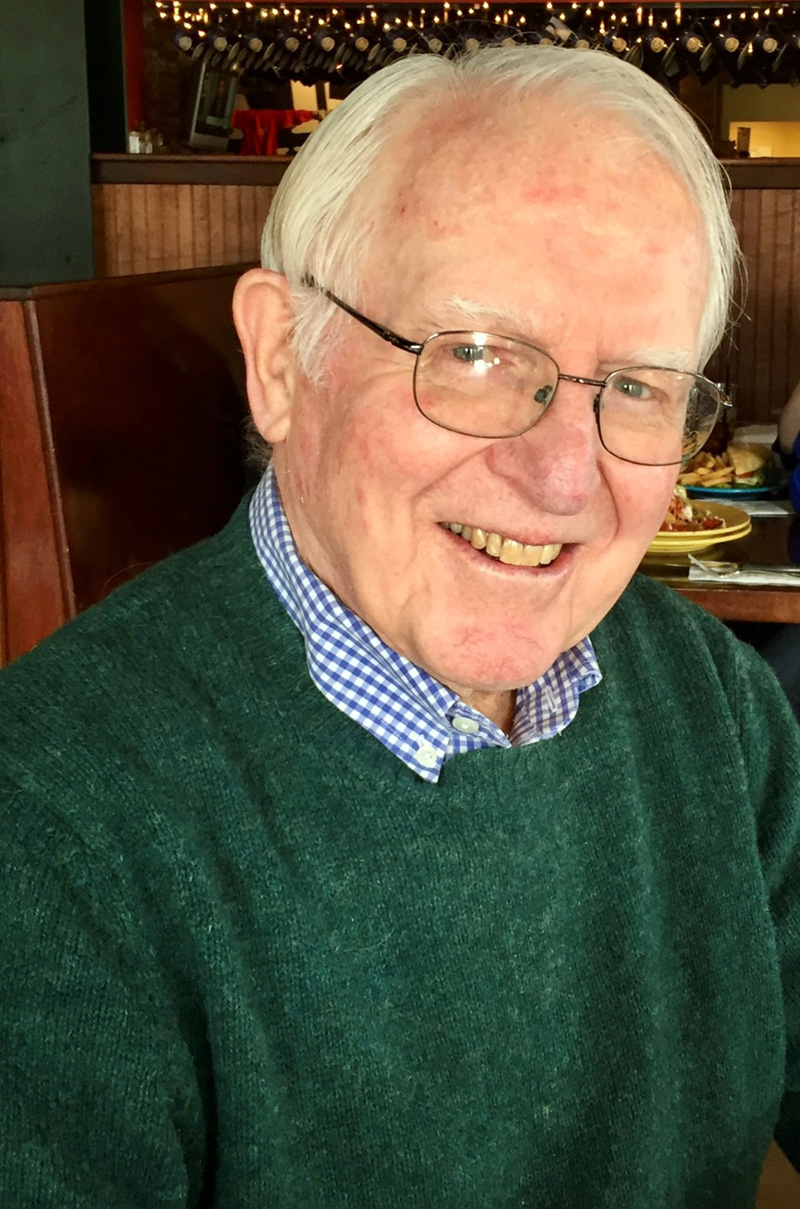 John McCaslin Peacock died Aug. 17, 2022. John was born in Cleveland, Ohio on Oct. 5, 1925, the son of David W. K. and Beryl McCaslin Peacock. John and his older brother David Jr. grew up on a dairy farm in Flanders, N.J. He attended The Morristown School, graduating in 1942 and entered Princeton that year at age 16. The following year he enlisted in the Navy V-12 officer training program and was commissioned an Ensign in 1945.

He then served for a year on troop transports bringing World War II troops home from Europe and the Far East.

After the war, John returned to Princeton graduating with an engineering degree in 1947. Then he and his brother spent three years managing their family farm. In 1953 he returned to his engineering profession at Bell Laboratories.

In 1971 John transferred to the AT&T headquarters staff where he was assigned as an operations manager in a small in-house think-tank to do the front-end strategic planning for the divestiture of the Bell System companies.

John retired from AT&T in 1981 at age 55. He spent a two-year “sabbatical” with his wife Meg, on their sailboat in the Bahamas and their summer home on Block Island. He then took up a new career as an international consultant working directly with AT&T clients around the world. Following this John worked as a volunteer consultant for the International Executive Service Corps, affiliated with the US Aid program, doing projects in developing countries. In all he worked as a consultant in nine foreign countries.

John and Meg bought their house in Round Pond in 1989 and moved there permanently in 1991. They have been dedicated sailors spending time in their boat up and down the east coast and in Hopetown, Bahamas. John has been a board member at Kieve, the Skidompha Library and Lincoln County Healthcare.

He is survived by his wife, Meg; by his son, John Jr.; and his daughter, Maggie, son-in-law, Todd Sowers and three grandchildren, Nick, Rosie, and Thomas Sowers.

Per John’s wishes, there will not be any public services at this time.

To view John’s memorial page or to leave online condolences for the family please visit hobbsfuneralhome.com.