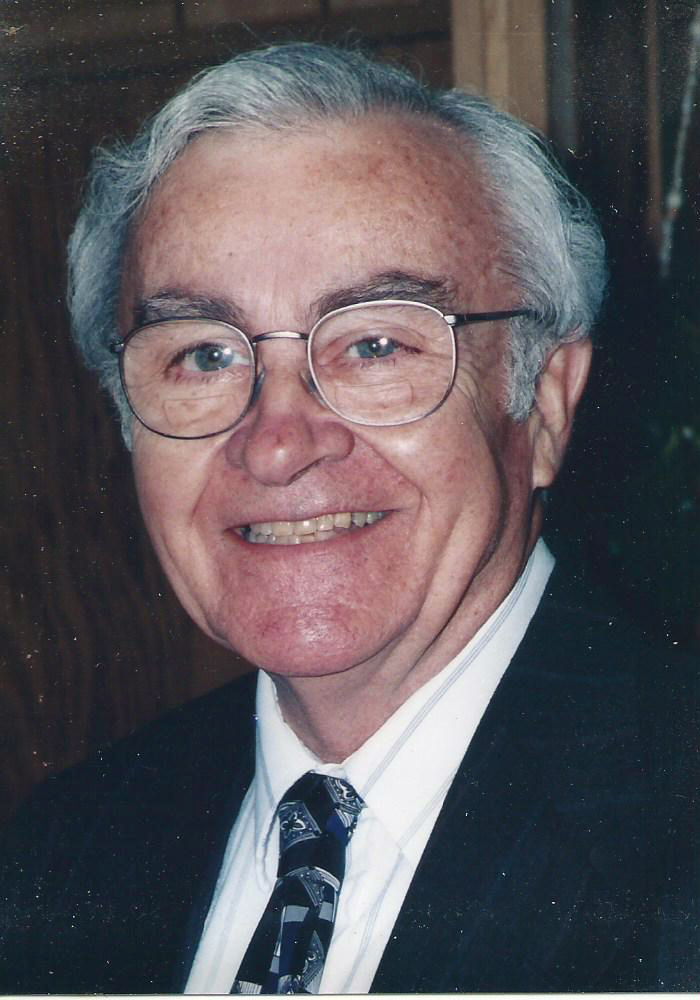 He will be remembered for his dry sense of humor, his quick smile, his keen interest in life, his practical jokes, his laugh and his story telling. He was a kind hearted man who was honest and forthright. He was a strong, courageous, determined man who fought hard to recover from the effects of two strokes. Through it all he never lost his sense of humor.

John was always inquisitive about science and the natural world. He loved animals, especially cats, who also loved him. He built full sized wooden boats and model airplanes as a hobby and enjoyed events at the Owls Head Transportation Museum and the WW&F Railway Museum in Alna. He played the harmonica. He loved bluegrass, picking up mandolin and banjo in his later years. He also tinkered with old John Deere tractors. He liked to watch the Fox news channel and talk politics.

John was born in Rockland, the son of Ida Mae (Foster) and James Thornton. He grew up in Thomaston, graduating from Thomaston High School in 1945. Thirteen days later, he entered the Army, training as a rifleman at Fort McClellan. He served in Italy with “H” company of the 350th Infantry until he was honorably discharged in February of 1946. He enlisted in the Navy in 1950 and served in the Korean War in the Pacific Fleet on LSTs and LSMs until honorably discharged in 1954. He was a longtime member of the American Legion.

For a time he was self employed hiring, out to deliver with his dump truck. He worked at several area businesses before accepting employment at the Sylvania plant in Waldoboro where he worked for 35 years as a mechanic and a machinist. It was there he met his future wife, Una Paige Morse. They were married in Waldoboro in 1956. The couple first lived in Thomaston and then moved to Waldoboro where they raised their son and daughter.

Years after Una passed away, John reunited with former Thomaston High schoolmate Maxine Beckett whose husband had also passed. They hit it off immediately and spent many happy years together, going on adventures and enjoying each other’s company.

John attended the First Baptist Church in Waldoboro and the Lincoln County Assembly of God Church in Damariscotta. He liked listening to gospel and bluegrass music. His faith in Jesus gave him comfort at the end and he was ready to go to his heavenly home.

He is survived by daughter, Kathleen Thornton and partner Brian Huntley of Union, with whom he lived for the last years of his life; son, Michael and wife Catherine of Waldoboro; sister, Gwendolyn Alex and husband George of Thomaston; girlfriend, Maxine Beckett of Camden; grandchildren, Mike Knof, and Chrissy Greene; six great-grandchildren; and one great-great-grandchild.

A graveside service for John will be held at 10 a.m., Sat., Oct. 27 at the German Cemetery, Bremen Rd., Waldoboro, with Pastor Tom Rawley officiating.

In lieu of flowers, donations may be made in his name to the WW&F Railway Museum at wwfry.org.