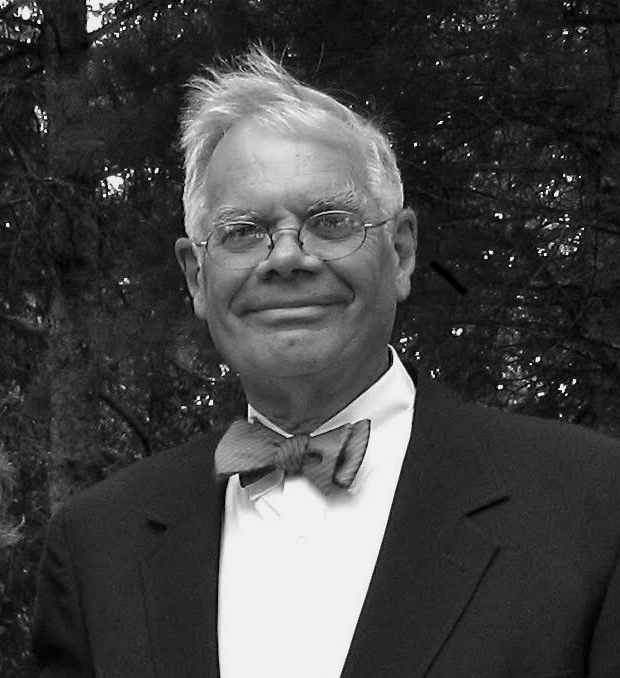 Joseph Emil Dahmen passed away on July 2, 2019 after an extended illness. He died peacefully with his family by his side, just shy of his 81st birthday.

Joe was a larger-than-life character: tall, outspoken, and unfailingly generous, with a memorable manner of speaking and a mischievous sense of humor. He was fluent in three languages, the result of attending schools in France (Ecole des Roches) and Switzerland (Le Rosey) in his youth. He later graduated from the Lawrenceville School in New Jersey and earned degrees in Mechanical and Electrical Engineering from MIT. At work and at home, he was an out-of-the-box thinker with a restless creative streak, a self-proclaimed contrarian who respected simple, elegant design, and disliked cell phones, the Internet, and complicated remote control clickers.

Joe applied his wide-ranging engineering knowledge at Cruising Design, a small business he owned, where he designed new types of propellors and patented a furling system for sailboats that became the main source of profit for the company. He moved the business close to his home in Concord, Mass., and workers during the summer months often included his children and nieces and nephews, which led him to refer to himself as the “employer of last resort.” Although his own interests ran more toward engineering and product design, Joe was proud of his wife Jane’s art work. He helped launch her professional art career early on and was a steadfast supporter of her work throughout their 50 years together.

Joe had boundless physical energy and liked the outdoors. He planted extensive vegetable and flower gardens wherever he lived and kept sheep, chickens and bees at various times. He maintained a mixed assortment of tractors and other equipment and was not above scavenging the town dump for parts to repair them. He valued Gravelys in particular for their relative simplicity and durability.

He enjoyed skiing, tennis, sailing and canoe trips with his family. Algonquin Park in Canada held a special place in his heart from several summers he spent in his youth at Camp Pathfinder on Source Lake. On family sailing trips he strapped bicycles and fishing poles to the side of the boat. On occasion, he was known to lash several bikes or canoes together, erect a makeshift spinnaker out of a coat or tent fly, and let the wind push the group along. The results of these experiments were sometimes mixed but they made for memorable stories. And he did love to spin a yarn.

He told fantastic bedtime stories with a rich cast of characters that he made up as he went along. Joe’s stories may have stretched the truth, but they were always entertaining. He was a voracious reader who kept a library in his bathroom that ranged from volumes on military history and technology to strength of materials, gardening, cooking, and birds. He was especially fond of “The Wind in the Willows.”

Joe was known for his generosity, and invited all manner of friends and relatives to his table to enjoy meals he prepared on holidays and other occasions throughout his life. He was an unconventional cook who was prided himself on his ability to conjure memorable meals from a random assortment of whatever happened to be left over in the refrigerator.

After he moved to Newcastle with his wife in 2004, foraging for oysters on the mudflats of the Damariscotta River in front of his house and serving them with sauces with herbs from his garden became one of his favorite pastimes. His eggplant parmigiana and bananas flambe were especially esteemed in the family. In cooking, as in other areas of his life, he was unfazed by unanticipated events and found inspiration in the unexpected. When illness eroded his memory during the last ten years of his life, he remained unfailingly positive, and was a source of strength to those around him.

Joe was predeceased by his sister. He is survived by his wife Jane; his daughter, Emily Sabino and husband Lenin; his son, Joe, wife Amber and his grandchildren, Lucas and Eva Dahmen; two brothers and their wives; brothers-in-law, sisters-in-law, and many nieces, nephews and cousins.

In lieu of flowers, for those interested in sending donations in Joe Dahmen’s memory, please send to Skidompha Secondhand Book Store where Joe spent many happy hours volunteering from 2004-2012. Mail to: Skidompha Library c/o Development, PO Box 70, Damariscotta, ME 04543.

A private memorial celebration of his life is planned later in the month at his home in Newcastle.