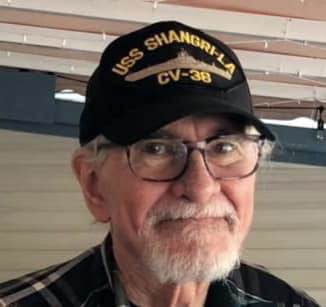 Joseph F. Wilkey, 80, of Auburn, formerly of Boothbay, passed away peacefully at CMMC in Lewiston in the early hours of Sept. 7, 2022 with his loving wife of 35 years by his side.

He was born in S. Dennis, Mass., the youngest of the five children of Reginald O. Wilkey and Reba J. (Chalmers ) Wilkey.

Joe was a printer nearly all his life, beginning in high school, throughout his service in the Navy, and ending with his forced retirement in 2019 due to health issues. He took great pride in his work and was employed at The Lincoln County News for 25 years.

He was predeceased by his three older brothers and one sister. He is survived by his wife, Jan (Usher) Wilkey, of Auburn; three daughters, Polly Peters, of Union and husband, Ken, Julie Wilkey, of Vienna, and Ren Wilkey and fiancé, William Laliberte, of Wiscasset; and step-son, Jeremy Usher and wife, Merideth of Limestone. Joe and Jan share eight grandchildren, Tony, Rae, Ethan, Zack, James, Max, Amelia and David. He leaves behind many nieces and nephews.

As per his wishes, there will be no public service, only a private gathering of close family to scatter his ashes.

If anyone wishes to honor his memory, he would love a donation in his name to the Midcoast Humane, 5 Industrial Pkwy., Brunswick, ME 04011.