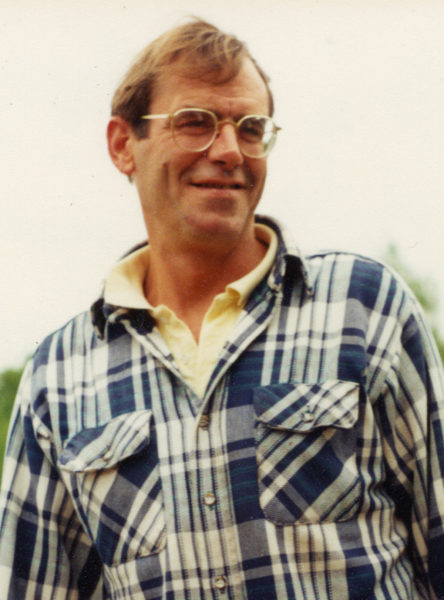 He spent his childhood outside of Philadelphia, attended Chestnut Hill Academy, and upon graduation from high school went on to Cornell University to pursue a career in veterinary medicine. His plans were cut short due to his father’s illness and then his subsequent entry into the Army during the Vietnam conflict.

His tenure as an Army sergeant in the 97th Trans Co., working harbor craft in Vietnam, would haunt him until the end, but he was ultimately proud to serve his fellow soldiers and of his honors, among them a Purple Heart.

Upon returning from the war, Joe and his parents moved to Maine, purchasing a 200-year-old saltwater cape on what was then Sherman Lake. Along with local friends and visiting family Joe gave the cape a new life.

Joe was an avid sailor and for a few years ran a charter company on Penobscot Bay. His love and passion for anything with an engine drove his career to his long-standing position as a mechanic at Lyman-Morse Boatyard in Thomaston, where he worked until his recent retirement.

Joe was a brilliant man, well-versed in any of the sciences. A running joke was that he could explain the magic out of anything; he knew it all to the bone. If you asked Joe a question, you’d better have time for the answer.

He had many interests. For most of his adult life, Joe kept a daily record of the weather on the lake. He could predict its course by the rustle of the adjacent pines or the creak of the ell with the shifting winds, signaling a coming storm.

Joe was never one to pass up an afternoon with flying a kite or a model airplane; he loved anything to do with aviation, railroads, or basically any mode of transportation.

His love of animals, especially his dogs, was a constant in his life. He loved birds and knew all their habits and habitats. His last pets were his beloved dog Stella and a sun conure aptly named Sunny.

Other loves in his life were his two original Roto-Tillers, his John Deere tractor, his never-ending parade of Volvos, and his motorcycles: a Bultaco, a BMW, and his last project, a 1956 Zundapp he had high hopes of restoring.

Joe leaves his wife of 29 years, Lauri Campbell; their son, Gabe; a few family members still residing in Pennsylvania; along with his scattered buddies, especially those he worked with side by side at Lyman-Morse for so many years.

He was predeceased by his parents and his two older siblings, Carol and Priscilla.

Joe was a conscientious, hardworking man and a wonderful father to a young Gabe.

He had a corny sense of humor, a good heart, and a wonderful mind.

He will be missed.

For once, Joseph, you haven’t been there and done that; it’s a whole new world for you to take on. Here’s to you and your new adventure.

May you always find fair winds and following seas.