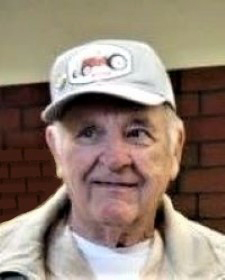 Joseph Warren Russell died on Oct. 7, 2020 at his home with his family by his side.

He was born March 10, 1936 in Whitefield, the son of Lester O. and Bessie (Wentworth) Russell.

Following his graduation from Wiscasset High School in 1955, he entered the Air Force. He was stationed in Amarillo, Bryan, and Lubbock, Texas. He married Beverly L. Brann on Dec. 4, 1955 in Amarillo, Texas. Following his honorable discharge from the Air Force in 1959, he worked at Bath Iron Works shipyard, the Augusta Fire Department, and the Augusta Police Department. He also worked part time at Augusta Supply. He drove school buses for O’Connor for the Augusta school as well as the Windsor school. He graduated from Central Maine Vocational Technical Institute in Auburn, and attended the University of Maine at Augusta.

He was a member of the Lincoln Masonic Lodge and the Kora Temple Shrine Chanters in Lewiston.

He was predeceased by his parents; a sister, Jeanette Stults; and two brothers, David and Norman Russell.

A private committal service for family and friends will be held at a later date.