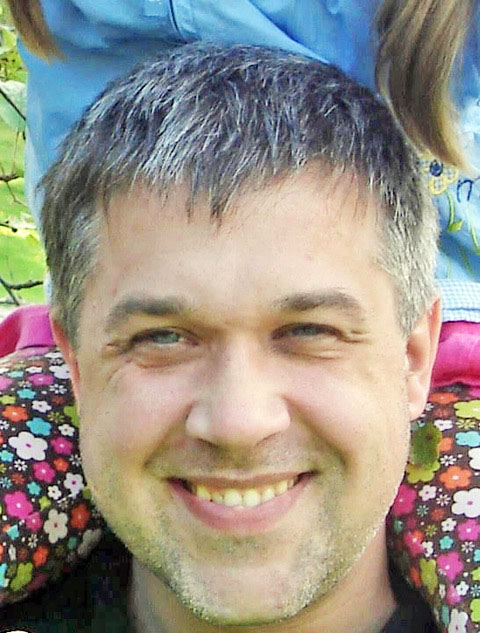 Joshua David Libby, 45, of Newton, Mass., passed away peacefully on Wednesday, Oct. 28 at Beth Israel Deaconess Hospital, in his beloved Boston, Mass. He departed in the loving embrace of his parents, and his brother and sister, to be reunited with his best friend, Thai.

Josh was born on March 26, 1976 in Damariscotta, to proud parents Deborah (Merrill) and David A. Libby. At 3 years old, a bout with spinal meningitis left Josh profoundly deaf, but this by no means slowed him down or defined who he was. To know Josh was to know a man of boundless love, unlimited passion, and insatiable curiosity.

He was a lifelong learner, attending Nobleboro Central School and graduating from Lincoln Academy in 1994. He attended Colby Sawyer College in New London, N.H. and the University of Maine at Orono. He moved to Boston and earned a Bachelor of Arts in history from Suffolk University in 1999. After graduating, he worked at the Massachusetts Institute of Technology in the Alumni Association Records Department. He then earned paralegal certification at Boston University.

He was a dedicated title examiner and found great passion and took pride in the work he did during his many years at Gilmartin Magence LLP in Newton, Mass. His devotion and attention to detail made him an invaluable member of the team.

Josh loved to play tennis, squash, and golf, and spent many chilly mornings biking and swimming in nearby Crystal Lake. He loved the Red Sox and Celtics, and held the city of Boston deeply in his heart. Above all else, he loved his family and his children, Harper Maxine and Elijah, most of all. There was never a single moment when they were not in his thoughts and in his heart.

Josh was a tireless advocate for the deaf community and loved the time each summer spent at Cued Speech Camp Mechuwana in Winthrop. He was a mentor and friend to those learning to make their way in a silent world. He was past president of the National Cued Speech Association in Washington, D.C. and served on the board of directors. He was recently elected the new director of Cue Camps and Affiliates by the NSCA Board of Directors.

Friends and acquaintances all have noted that Josh had a resounding and infectious laugh. His smile could brighten the worst day. He saw the world uniquely through his piercing, bright blue eyes and wasn’t shy about sharing his views. And he was selfless. To say that he would give you the shirt off his back is an understatement. He was kind and gentle. The world is a better place for having him in it. Though he may no longer be with us, he lives on in our hearts and in countless little everyday things that will bring him to mind.

He is survived by his dear children, Harper Maxine Libby and Elijah Robert Libby of Nobleboro; his parents, Deborah (Merrill) and David A. Libby of Nobleboro; he also leaves his siblings and their families, best friend and brother, Michael C. Libby and sister-in-law Eli and nieces Julia and Sophia of Woburn, Mass.; beloved sister, Sarah Esner and best brother-in-law Eric and nieces Norah and Willa Beatrix of Woburn, Mass.; aunts and uncles, David S. and Holly Merrill of Portland; Jane (Merrill) and Greg Scott of Augusta, Dr. Peter and Connie Libby of Salisbury, Md., and Carole and Rob Broadfoot of Patagonia, Ariz.; as well as many cousins.

A celebration of Josh’s life will be held at Pemaquid Point in spring or early summer as per his wishes.

In memory of Josh now, take a few minutes to appreciate the beauty of nature, do a quiet kindness for someone, laugh out loud, and when it’s safe to do so, give hugs.