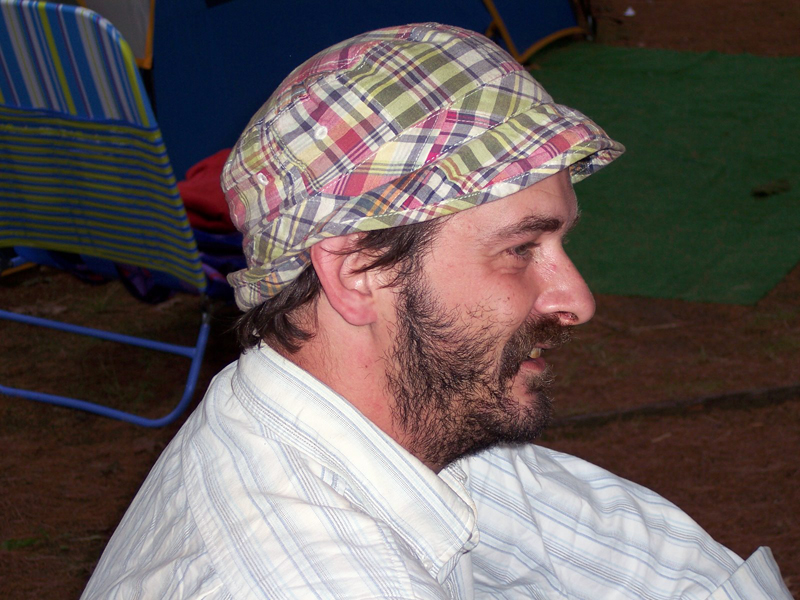 Josh grew up in Branchville, N.J. He graduated from Blair Academy in Blairstown, N.J., and attended Brandeis University, in Waltham, Mass. After Brandeis, he stayed in Massachusetts, working as a paralegal by day and playing with dear friends in the bands Dabble, Uncle Edge, and Lucky Dog by night.

Eventually Josh headed to Maine where, except for a few brief forays to parts south, he remained. The first of many adventures was perhaps his boldest: Year-round resident on Monhegan Island. Josh was a man for all seasons; he was a cook, lobsterman, roofer, tutor, whatever was needed. From there he moved to the mainland, where he eventually settled in Bath.

Anyone who knew Josh knew he loved music; specifically, the Rolling Stones, and especially Keith Richards, and classic movies. When it came to the movies, something with Cary Grant or Barbara Stanwyck was always a first choice, but anything in black and white would do in a pinch. He was an amazing cook, skilled guitar player, voracious reader, history buff, Anglophile, and dog spoiler.

Josh is survived by his brother, Tyson Arnedt and Tyson’s wife, Cheryl Mercado Arnedt; his sister, Rachel Arnedt; his sister, Anna Ring and her husband, Dan Ring; niece, Ruby Ring; and nephews, Sam and Charlie Arnedt, and Leo Sheinberg; as well as by his stepmom, Susan Martin. Josh’s mom and dad, Tish Arnedt and John Arnedt, predeceased him. He will be missed by all who knew him.

Each year on his birthday, Josh held a Facebook fundraiser for the National Suicide Prevention Lifeline. Therefore, we ask that any memorial donations be made to that organization suicidepreventionlifeline.org.

Services will be held at a later date.