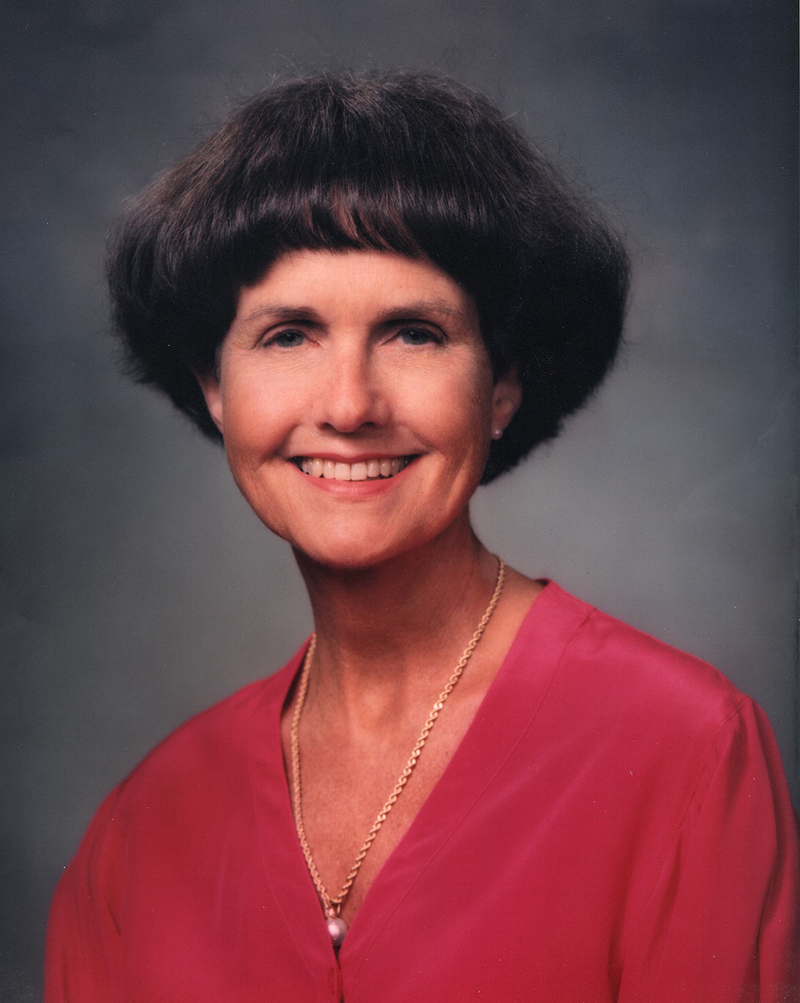 Joy Anne Hall Shott, 91, of New Harbor, died peacefully at home on Tuesday, Dec. 28, 2021, surrounded by the loving presence of her family.

At Van Nuys High School, from which she graduated in 1948, she was senior class vice president and pianist for the school orchestra. The summer after her first year at Stephens College in Columbia, Mo., she visited a classmate whose family lived in New Harbor. So began Joy’s life-long love of the coast of Maine.

Shortly after receiving her degree from Stephens in 1950, she moved to New York City where she became a flight attendant for American Airlines. As her flight schedule allowed, she modeled in New York and Texas and was a finalist to become Miss Rheingold Beer. However when the airlines informed her that she would be fired if she became the public face of a beer company, her modeling career came to an end.

One day, while walking down Fifth Avenue, she was introduced by a mutual friend to Scott Shott, a young attorney from West Virginia who worked for NBC. They were married on Sept. 22, 1956, shortly after Scott was transferred to Hollywood. Within five years, they welcomed three children, Cary, Robin, and Scott. In 1965 they moved to Scott’s hometown of Bluefield, W. Va., where he served for many years as attorney for the family businesses.

In the mid-1960s, her interest in children’s literature inspired her to write a picture book titled, “The Little Bear with Purple Paws.” In addition to writing, she decided she would like to illustrate her own books. This led her to pursue a degree in studio art and English at Concord College in Athens, W.Va. Her interest in painting, particularly watercolors, led to a 40-year career as a painter and teacher, both in West Virginia and Maine.

After many years of visiting New Harbor in the summer, in 1989 Joy and Scott purchased a cottage on Johns Bay which became their cherished summer home. They moved to New Harbor permanently in 2014.

One of Joy’s life passions was her English cottage garden. She grew fragrant roses, beautiful perennials, and an abundant crop of tomatoes which she shared with family and friends. In recent summers, she took delight in delivering a weekly bouquet to the Bristol Area Library for all to enjoy.

She is predeceased by her husband of 62 years and her granddaughter, Rachel Golaski. Surviving include two daughters, Cary Shott, of St. Helena, Calif., and Robin Shott,  of Bremen; a son, Scott Shott and his wife, Heidi, of Newcastle; and her grandchildren, Sara Golaski and her husband, Mark, of Maui, Hawaii; Martin Shott, of Cambridge, Mass.; and Colin Shott, of Washington, D.C.

Next summer when her garden is in full bloom, Joy’s family will set aside a day to celebrate her life.

In lieu of flowers, memorial gifts may be made to the Bristol First Responders, c/o Bristol Fire Department, P.O. Box 339, Bristol, ME 04539.

Hall Funeral Home has care of the arrangements. To extend online condolences, light a candle for Joy or to share a story, visit her Book of Memories at hallfuneralhomes.com.