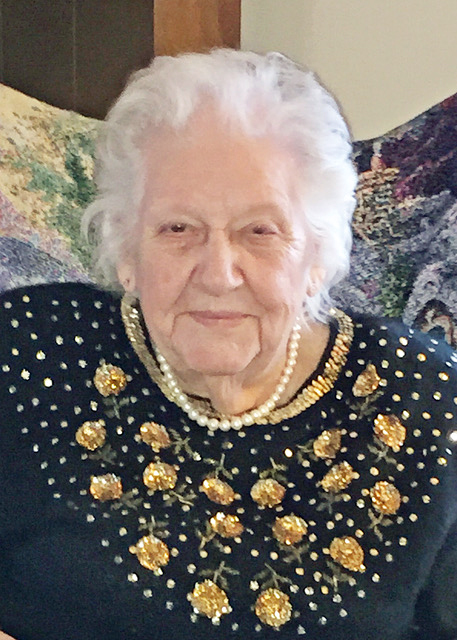 Joyce P. Johnston, 95, passed away on the evening of Nov. 27, 2022 surrounded by her loving family, at St. Andrews Village in Boothbay Harbor. Born in Damariscotta, on March 18, 1927, she was the daughter of Woodbury and Madeline (Murphy) Perry.

Joyce grew up in Damariscotta, attended local schools and attended Lincoln Academy in Newcastle. In her early working years, she was very proud to have been a nurse’s aide at Miles Memorial Hospital. She later worked as a bank teller, retiring from the First National Bank in 1988.

Joyce was a long-time member of the Damariscotta Baptist Church and was past president of the American Legion Auxiliary. She loved cooking, shopping, reminiscing about her past, and music, especially Irish music. Her greatest joy though, was spending time with her family.

Besides her parents, she was predeceased by her husband, Malcolm Anson Johnston; a half-brother, Donald Perry; and a daughter-in-law, Betsy Johnston.

In lieu of flowers, donations in her memory may be made to the CLC Ambulance Service, 29 Piper Mill Road, Damariscotta, ME 04543.