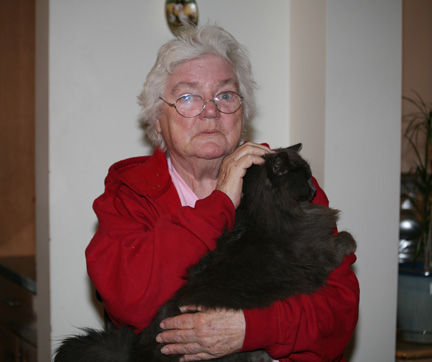 Judith was born on May 3, 1943 in Bowdoinham, the daughter of Charles O’Neil and Eleanor Fowler O’Neill. Judith grew up everywhere and moved to Waldoboro in 1981 after buying her home.

She was very involved in the fishing community and knitted potheads and helped buy elvers with her son, Chris. She also worked at Metal Magic with her husband making plenums. In the winter months she could be found making wreaths and helmet covers. She was always doing something. She could sit for hours picking crabs and drinking coffee with her friends. She loved to read books and would have three going at once. She had a passion for cooking and handed it down to her daughter. She loved flowers and had many gardens to show it. Her house was open to everyone and she was known as the neighborhood mom. Everyone loved her.