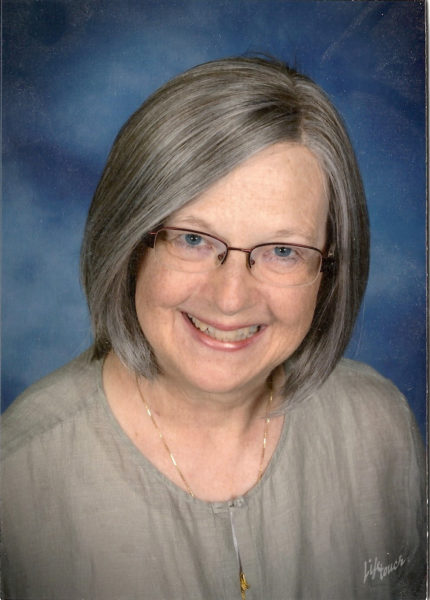 Judith M. Dunsford, 69, of Boothbay Harbor, died peacefully surrounded by her loving husband, Jon, and her sister, Mary on Dec. 14 at her home after a fight with breast cancer that lasted for over 12 years.

Her children, Ethan and Sarah were also able to arrive for her birthday on Dec. 10, just three days before she passed away. She was born Dec. 10, 1947 in Schenectady, N.Y. to Russell and Dorothy (Schultz) Anderson.

In 1965, Judy entered Rensselaer Polytechnic Institute, and was one of 28 women in a class of over one thousand men. She graduated with a degree in architecture. She met Jon Dunsford while they were at Rensselaer, and they were married in 1970.

Judy worked as an architect, mostly in New Jersey. She traveled with her family to Damariscotta regularly beginning in 1975. She lived overseas in several countries with her husband Jon. These ventures were highlighted by taking her two-year-old son to China in 1975, and her teenage daughter to attend high school in Malaysia.

Judy’s desire to return to Maine led her to an Edgecomb summer home in 1992. She became active in the Boothbay Region Historical Society, as well as the Popham Colony and DRA archeology digs each summer. She returned to Rensselaer to earn a master’s degree in restoration architecture. She wrote several research articles on key buildings in Boothbay and Damariscotta.

Judy and Jon decided to retire to Boothbay Harbor where she could re-design another house, watch Hodgdon Cove, walk in the woods with her dog, paddle and sail on West Harbor Pond and go to the Boothbay Harbor Yacht Club to play bridge, knit and just hang out.

A memorial service will be held at 3 p.m., Sat., Jan. 14, 2017 at the Congregational Church in Boothbay Harbor with Rev. Dr. Foulger officiating. There will also be a celebration of Judy’s life next summer so more family and friends can share.

Arrangements are entrusted to Hall’s of Boothbay, 975 Wiscasset Rd., Boothbay.