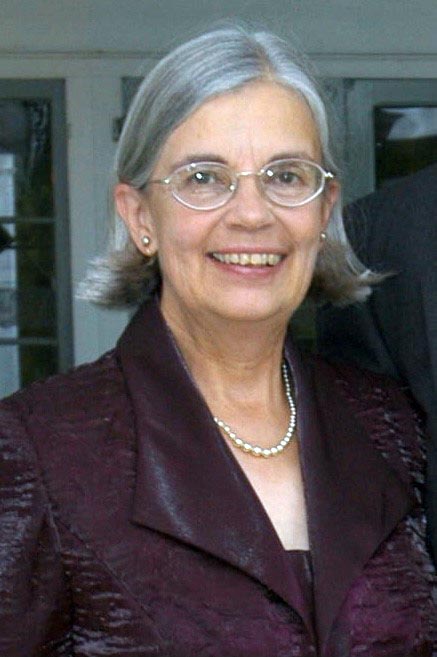 Karen was graduated in 1967 from the University of Massachusetts at Amherst with a B.A. in English. Delaying her plan to go to library school and become a college librarian, she married Wayne E. Reilly. Over the 53 years of their marriage they lived in Winthrop, Lewiston, Monmouth and Hampden. They had four children, Stephen F. Reilly, of Voorheesville, N.Y.; Susan Christina Reilly, who died in infancy; Brendan C. Reilly of San Francisco, Calif., and Deirdre J. Reilly of Malden, Mass. They have eight grandchildren.

Over the years Karen worked as a library assistant at Harvard University, Bates College, and the University of Maine. She earned her master’s degree in library science in the 1980s at Clarion University. During this time she became library director and an assistant dean at Eastern Maine Community College where she retired after 21 years. The high point of her career was overseeing the creation of a new, modern library at EMCC. A room in the library is dedicated in her honor. She also served a term as president of the Maine Library Association.

Karen was active in civic affairs. She served two terms on the SAD 22 school committee. She organized a volunteer program in Hampden schools and was an important factor in the creation of a string music program in which two of her children played their violins. Karen was also an active member of the Hampden Historic Preservation Commission, the Hampden Historical Society and the Altrusa Club.

Karen had many interests and hobbies. She was a talented artist, musician, and carpenter adept at maintaining and fixing mechanical things. She also became an enthusiastic quilter. She loved gardening and cooking, and her holiday dinners for large numbers of family members were legendary. Karen was active in documenting her Swedish and German genealogy. She was an avid reader, particularly of mystery novels. She was the chief editor for Wayne’s books and newspaper columns. She loved family camping trips in Baxter State Park and other spots, as well as spending time with her family at various summer residences at Pemaquid Point and New Harbor.

After retirement, Karen and Wayne took many road trips through nearly every state in the country. She especially loved to visit historical and architectural sites and national parks. This phase of her life ended when she developed frontotemporal dementia, a debilitating brain illness. She lived for several years at home cared for by Wayne and by workers for The Loving Touch in-Home Care and Northern Light Hospice, before entering Westgate Center for Rehabilitation and Alzheimer’s Care in Bangor in April. She and Wayne received a great deal of support and assistance at home from neighbors and friends, especially Kate and Jay Fonseca.

Karen is also survived by her brother, E. Clifford Roseen, Jr. and his wife, Nancy of Warwick, R.I. and Cliff’s children Kara and Caitlin and Caitlin’s husband Eric Schultheis; her sister-in-law, Roberta Reilly Todd and her partner David Denninger of Falmouth and Roberta’s children Audrey Todd Heilprin, her husband John Heilprin and Audrey’s daughter, Camila, and by Alden Todd. Karen is also survived by many cousins.

Masks are required regardless of vaccination status.

Those who wish to remember Karen in a special way may make gifts in her memory to the Eastern Maine Community College Library at the EMCC Foundation, 354 Hogan Road, Bangor, ME 04401 and/or to the Association for Frontotemporal Degeneration, 2700 Horizon Dr., Suite 120, King of Prussia, PA 19406.

Condolences to the family may be expressed at brookingssmith.com.