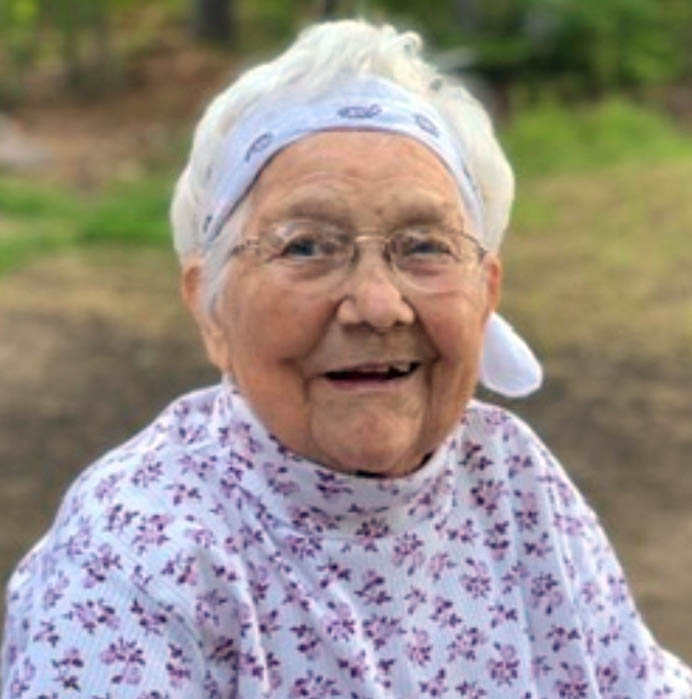 Katherine M. Weymouth, 90, of Waldoboro, passed away peacefully at the home of her granddaughter on Sunday, Dec. 4, 2022. Katherine was born on Oct. 31, 1932, in Thomaston, the daughter of Roy W. Weaver and Letitia Lurvey.

She grew up in the Thomaston area and attended local schools. She met and married Donald Weymouth, a 1st class master sergeant in the U.S. Army. Together they had six children, Donna, Kathy, Karin, Sandra, Harold, and Melanie. She traveled with her husband in his tour of duty with the U.S. Army to places in Japan, Connecticut, Washington, and New Jersey. After his passing in 1968, she moved back to her home state of Maine and continued raising her family.

Katherine worked 25 years for Port Clyde Canning. In her later years she enjoyed doing puzzles, going to lawn sales, and crocheting. She was a volunteer at St. Bernard’s Soup Kitchen and the Salvation Army Food Pantry.

A special thanks to granddaughter Stacey for taking such good care of her in her later years.

A private service will be held for Katherine.

Halls of Waldoboro has care of the arrangements. To extend online condolences, visit her book of memories at hallfuneralhomes.com.