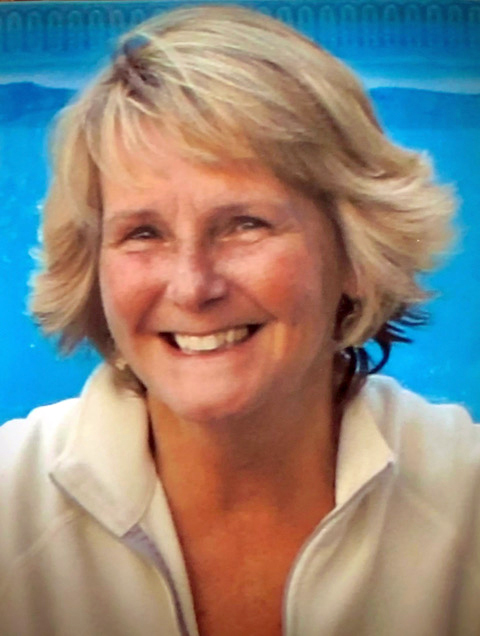 Kathy M. Sherman Blagdon, 62, passed away on Nov. 20 at her home in Wiscasset with her family by her side, following a courageous six-year battle with cancer/multiple myeloma.

Born in Boothbay Harbor on Aug. 3, 1957, she was the daughter of Sidney and Dorothy Sherman and attended Southport Island schools. She was a 1975 graduate of Boothbay Region High School and in 1982 earned her associate degree in Criminal Justice from the University of Maine.

During her childhood and early adulthood, Kathy thoroughly enjoyed life. She played many sports in elementary and high school. She liked to fish, hunt and loved gardening and hiking.

When her boys were growing up, she took pleasure in being a Cub Scout leader, traveling to sporting events and cheering for them, especially wrestling.

Kathy began her public safety career in 1983 becoming employed by the Lincoln County Sheriff’s Office as a dispatcher, communications officer and reserve deputy. She also worked as a part-time patrol officer for the Damariscotta Police Department. In 1994 Kathy was promoted to deputy director of Lincoln County 9-1-1 Communications. She was instrumental in getting the county’s public education for 9-1-1 established. She worked on many special projects throughout her career.

Kathy served on numerous 9-1-1 committees in Maine and nationally. She was a member of the National Emergency Number Association (NENA), the Association of Public-Safety Communications Officials (APCO), Maine Sheriff’s Association and was president of the Maine NENA Chapter in 1998 and 1999. She was awarded Supervisor of the Year for Maine NENA and again awarded this from her peers for the New England Region of AFCO. Kathy earned her Public-Safety Leader from APCO, the only one in Lincoln County and only second in the State of Maine. She served on the EMD board from its inception.

Kathy was predeceased by her parents; brother, Timothy Sherman; and nephew, Todd Sherman.

Kathy loved her boys more than anything and only wanted the best for them. She was so proud of her Army son, Sean who served with the 82nd Airborne and did two tours in Iraq as well as her Navy son, Zackary who served on submarines and did three tours overseas.

If she had a last message to give it would be: Love as if there is another day. Love you all.

Per Kathy’s request there will be no service.

Contributions in her memory may be made to The Special Olympics, 125 John Roberts Road, Suite #5, Portland, ME 04106; or Brigham & Women’s Hospital at giving.brighamwomens.org.

Arrangement are under the direction and care of the Strong-Hancock Funeral Home, 612 Main St., Damariscotta. Condolences, and messages for her family, may be expressed by visiting StrongHancock.com.