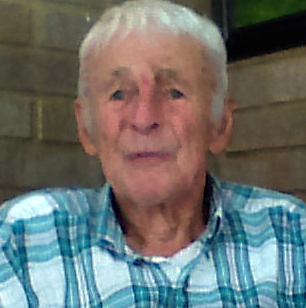 Keith was born on the 13th of July 1923 to Edgar P. Winchenbach and Sybil Creamer Winchenbach. He grew up on the family farm and from a very young age was an ambitious entrepreneur raising chickens and vegetables.

After graduating from Waldoboro High, he served in the Army during World War II where he received the Purple Heart. After the service, Keith established Winchenbach Hardware and became a custom builder of many area homes. He retired to Panama City Beach during the ’80s where he remained active in the community enjoying his many gardens and often walking his dogs up to 10 miles a day. He attended St. Andrew’s Episcopal Church.

He is predeceased by his first and second wives, Frances Creamer and Edith Farris; sisters, Polly and Mona; and grandson, Craig Winchenbach Jr.

Funeral services will be private and burial will be at the Sweetland Cemetery in Waldoboro.