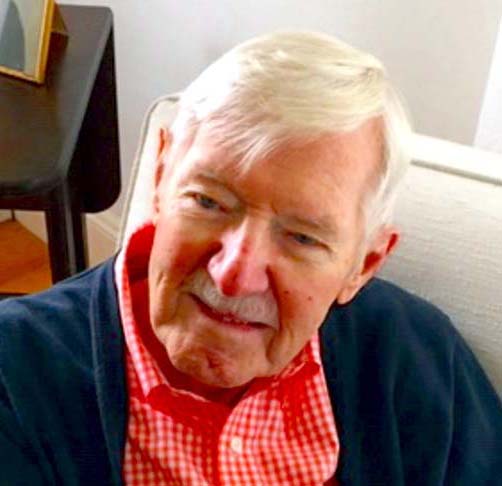 Kenneth Leslie Sullivan passed away at the age of 94 on April 6, 2020 at his home in Schooner Cove, Damariscotta. He leaves his wife Barbara of 73 years.

Ken was born in 1925, the son of the late Leslie Sullivan and Ethel Sullivan of Wiscasset and raised in Boston. He graduated from Tufts College in the class of 1943 with a Bachelor of Science in chemistry. He was an ensign in the U.S. Navy at the end of World War II and went on to get a master’s degree at Northeastern University. He spent his career as a chemical engineer.

An Eagle Scout in his youth, Kenneth continued to serve the communities he lived in by volunteering for boards and committees, as an alderman in Warson Woods, Mo., and on various church committees. He loved to travel and when the family was young, he took them camping at many state and national parks. Later, he and Barbara lived for a time in Morocco and spent time in Europe.

He was preceded in death by his sister, Barbara Sullivan Knowlton, also of Wiscasset.

A memorial service for Ken will be held at a future date. Donations can be made to the charity of your choice in Ken’s name.

Hall’s of Waldoboro has care of the arrangements. To extend online condolences, visit the family’s Book of Memories at hallfuneralhomes.com.