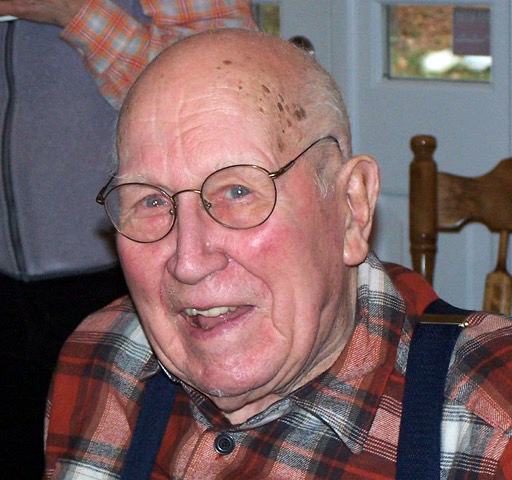 He met the love of his life, Margaret A. (Graffam) Chaney, of Whitefield in 1940. They married on New Year’s Day 1941 and began raising their family on “the farm” before building their own house on a part of the property gifted to them as a wedding present.

Kenneth served in the U.S. Navy in World War II, and returned to join the machinist apprentice program at Bath Iron Works where he remained until the early ‘70s, having served as second shift lead man of the machine shop during the 1960s. A favorite avocation of finish carpentry led to his building several houses, then serving as a rural letter carrier for the U.S. Postal Service in Wiscasset. After retirement, he and Margaret found Louds Island off Round Pond to be a pleasurable refuge with family and friends.

Bowling was a special passion for Ken and Margaret; bowling in several leagues at Yankee Lanes in Brunswick over the decades. They also enjoyed sailing, particularly with his brother Philip and wife Edith of Edgecomb. They were members of the Wawenock Power Squadron, Sheepscot Valley Grange, Garrison Hill Grange, Sheepscott Community Church, Wiscasset Yacht Club and Louds Island Church. Ken was a third-degree Mason at the Alna Lodge, joining in 1946.

The town of Alna dedicated its 2005-2006 town report to Kenneth with thanks for serving as selectman, school board member, road commissioner, plowing contractor, plumbing inspector, building inspector, planning board member, board of appeals, and a surveyor of lumber, wood, and bark over many years.

A memorial service will be held at 2 p.m. Saturday, May 7, at the Strong-Hancock Funeral Home, 612 Main St., Damariscotta, with The Rev. Robert Ives officiating. The service will be followed by interment at the Alna Cemetery.

In lieu of flowers, memorial gifts in memory of Kenneth Parker Chaney, may be made to Maine Veterans’ Homes – Augusta, 35 Heroes Way, Augusta, ME 04330, or online at mainevets.org.