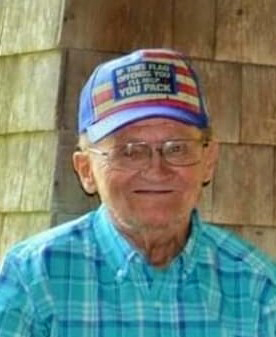 Kenneth Sanford Sidelinger Sr., 76, passed away on Mother’s Day, May 8, 2022 after a very long battle with his health. He was born Nov. 17, 1945 in Damariscotta, to Harry Jackson Sidelinger and Delia Grace Smith. He grew up in the Somerville area and attended local schools in Somerville and Coopers Mills and Whitefield. He attended Union High School.

He worked 16 years at the Hallowell Shoe Factory in Augusta and 19 years as a clammer. He also worked in the woods with his brother Teddy for 10 years. And was the cook and dishwasher at the Augusta Country Club.

Ken enjoyed fishing, watching wrestling, and stock cars. He also enjoyed travelling – he has been to every state except Alaska and Hawaii. He especially loved all his children, grandchildren, and great grandchildren.

He is predeceased by his parents.

He is survived by his companion of over 25 years, Gladys Briggs and her family. His six children from a previous marriage: daughter, Virginia and her late husband, Joe, of Etna, son, Kenneth Jr. and his wife, Tammy, of Augusta, daughter, Muriel and her husband, Pete, of Augusta, son, Forest and his wife, Missy, of Jefferson, daughter, Molly and her companion, Rob, of Chelsea, daughter, Linda and her husband, Mark (Hippie), of Windsor; as well as lots of grandchildren and great-grandchildren. He is also survived by the Peaslee family, (too many to list).

A graveside service will be held at a later date, to be announced.

Memorial donations in Ken’s name may be made to the South Somerville Baptist Church, 8 Hewett Road, Somerville, ME 04348 or the American Lung Association, 122 State St., Augusta, ME 04330.

Hall’s, of Waldoboro, has care of the arrangements. To extend online condolences please visit hallfuneralhomes.com.