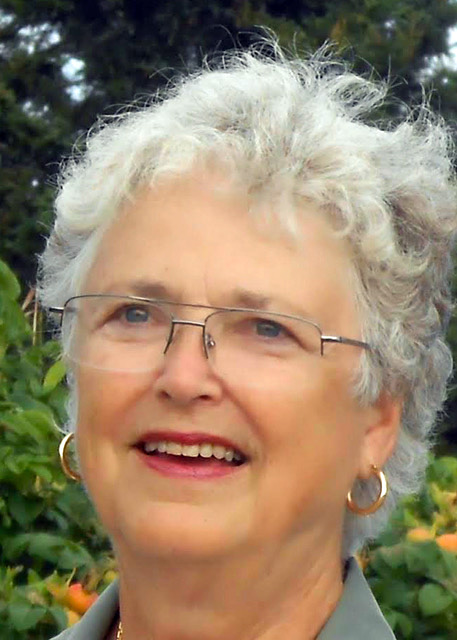 Kerstin Lundin Chapman, age 80, passed away on the morning of Aug. 10, 2020, at the Gosnell Memorial Hospice House in Scarborough after suffering a stroke following surgery. She was most recently a resident of Bluffton, S.C. and New Harbor, for more than 20 years.

She was a loving wife, mother, and grandmother with a heart of gold, always happiest when helping and engaging with others. Kerstin was born in Gothenburg, Sweden on April 26, 1940. She graduated from Guldhedens Seminarium Teachers College in Sweden in 1960, and later earned her bachelor’s degree in education from Bridgewater State College in 1977. She then taught elementary school students for 20 years on Cape Cod in the Bourne, Mass. school system, specializing in early childhood and special needs while living in nearby Sandwich, Mass.

In the early 1980s, Kerstin took a two-year leave of absence from teaching and fulfilled a lifelong entrepreneurial ambition of hers by owning and managing her own gift shop on Cape Cod, naming it The Scandanavian Way, which focused on Swedish gift items. Kerstin was also active throughout her 25 years of retirement in volunteering with charity organizations and hospitals. During those years, she and her husband spent their winter months on Hilton Head Island and Bluffton, in South Carolina, and their summers on the Pemaquid peninsula in coastal Maine where they built their permanent retirement home in New Harbor.

While in South Carolina, she was particularly devoted to her time spent as a volunteer at The Bargain Box of Hilton Head, a thrift store, and at the Hilton Head Hospital and Okatie Medical Center. In Maine, she focused her spare time at the Miles Memorial Hospital in Damariscotta. Kerstin was an avid artist, specializing in watercolor painting and quilting. She shared many of her Low Country- and Maine coast-themed pieces in local art fairs and galleries.

She was a prodigious quilter, and took special pride in making clothing items for her daughters and later for her grandchildren. Her special love of gardening and cooking was carried out in both homes to her family’s and friends’ pleasure and delight. Kerstin never let a spare moment go to waste.

Kerstin is survived by her husband, Clayton Chapman of New Harbor and Bluffton; daughters, Annelie Rugg and her husband Stuart of West Hills, Calif., and Maria Long and her husband Luis of Williamsburg, Va.; and three grandchildren, twins Sam and Sofia Long, and Hanna Knudsen Rugg.

For sure, all of us who experienced the good fortune of knowing Kerstin at any time during her life now realize we were touched by the Grace of God. She was special beyond words. Our memories of her will be forever in our lives. A select few of those memories are portrayed in a video produced by her three grandchildren and two daughters to honor Kerstin this past April 26, when she celebrated her 80th birthday. Please see that video, along with selected photos of her taken throughout her life, by visiting her “tribute wall” at stronghancock.com/obituary/kerstin-chapman.

She will be laid to rest privately at the Harrington Cemetery in Pemaquid in September.