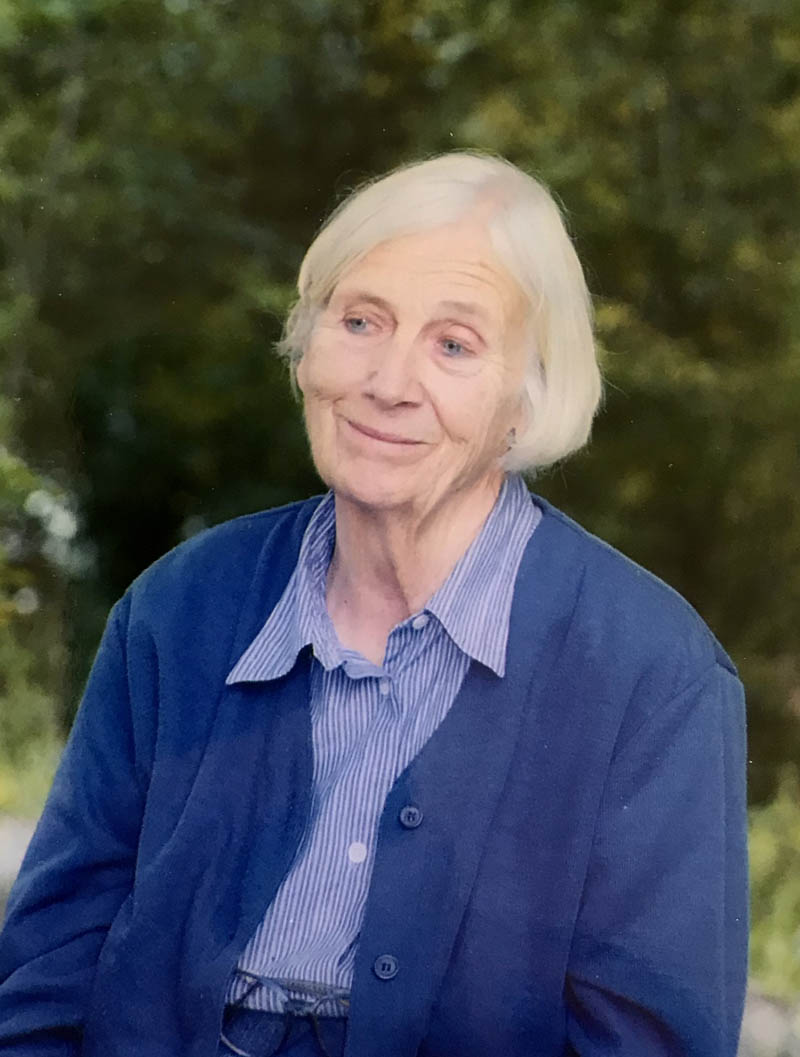 She received her Swedish baccalaureate in Stockholm. She then attended La Sorbonne in Paris, France, where she met and married Robert Brown, an information specialist with the Marshall Plan, c. 1950. She was fluent in Swedish, French, and English, and had a working knowledge of Norwegian, Danish and German.

Of her many jobs, the one which she most enjoyed was that of personal assistant to photographer Edward Steichen in West Redding, Conn. After moving to Maine c. 1978, she started a lunch catering business in Wiscasset, and later opened Second Hand Etc. in Edgecomb with her daughters.

Maine reminded her of her native Sweden, and she loved the view from her living room on Old Sheepscot Road of a great open field and the wildlife that frequented it. She met life’s challenges with courage, creativity and great generosity.

Kerstin was a spiritual seeker. For many years she attended the Jung Seminar at Bowdoin College, and later the Maine Jung Center in Brunswick. She was also a member of St. Philip’s Episcopal Church in Wiscasset. An eclectic reader, she read works by C.G. Jung and other psychologists, and by Reinhold Niebuhr and other theologians.

No one who knew Kerstin will ever forget her dry and somewhat dark sense of humor. She believed that humor is a glimpse into the divine, and medicine for the soul. One of her greatest joys was gardening, particularly flowers, particularly blue ones. She played Scrabble and did the New York Times crossword puzzle with great zest and a competitive edge.

She was predeceased by her parents; and her beloved brother, Anders Bäck. She is survived by her daughter, Kristina Brown, of Chelsea, Mass.; daughter, Lisa Brown and her partner, Jeff Honings, of Edgecomb; grandson, Fernando Viesca; grandson, Robert Viesca, his wife, Emilie, and their children, Charlie and Madeleine of Cambridge, Mass.; Lucy Ameding, of Uganda, whom Kerstin sponsored as a child for 15 years; and her friend of many years, Julia Ackerman, of Whitefield.

In lieu of flowers, donations may be sent to St. Philip’s Church of Wiscasset, or Save the Children (savethechildren.org).

Arrangements are in the care Funeral Alternatives, 46 Bath Road, Brunswick. Condolences may be shared at funeralalternatives.net.