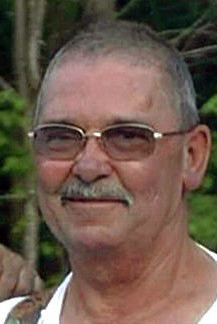 Larry graduated from Gray/New Gloucester High School, Class of 1973. He served with the U.S. Air Force from 1973-1981, and then with the Air National Guard for a year. Over the next years he was a police officer for the towns of Westbrook, Portland, Ogunquit, and Berwick, where he received the rank of sergeant. He also was a long-haul trucker for Dysart’s, a log hauler, and had worked as the custodian for the Dover-Foxcroft Congregational Church. His hobbies included hunting and fishing, and he thoroughly enjoyed family gatherings.

He is survived by two brothers, Wayne Oliver and his wife Roberta of Casco, and Tom Oliver of Gray; his aunts and uncles, Lorraine and Richard Cobb, and Clayton and Paula Hatch, all of Florida; a niece, Jamie Johnson and her husband Raymond of Missouri; and three nephews, Tim of Windham, Kevin of Raymond, and Dan of Gray, and their families.

Friends are invited to call 10-11 a.m. Friday, Feb. 28 at the Lary Funeral Home, Dover-Foxcroft. A memorial service will be conducted at 12 noon Friday, Feb. 28 at the Dover-Foxcroft Congregational Church, with Rev. Stephen Hastings officiating. Burial with military honors will be in the family lot in Hillside Cemetery, Damariscotta, in the spring.

In lieu of flowers, memorial contributions may be made to the Dover-Foxcroft Congregational Church, 824 W. Main St., Dover-Foxcroft, ME 04426.

Condolences and memories may be expressed at laryfuneralhome.com.