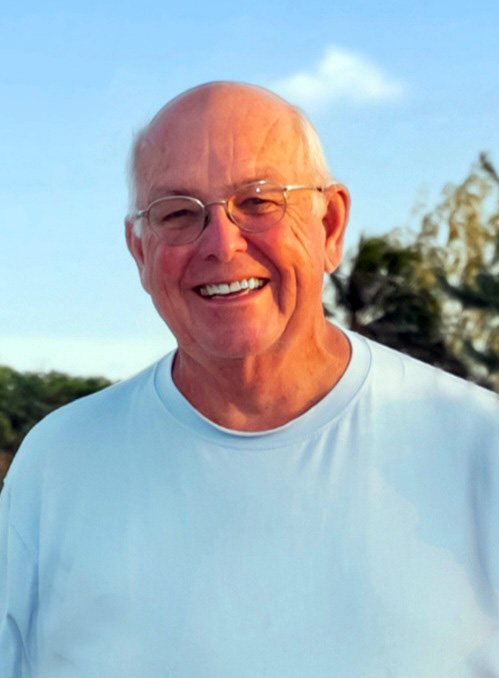 Formerly of New London, N.H., the son of Laurence and Elizabeth Spaulding, he purchased a summer home in Sprucewold in 1993. In 1995 he married Lucy-Ann and they have resided in East Boothbay since that time.

Larry worked for F.W. Webb Company for 25 years, many of those years managing the store in Lebanon, N.H., however moved into sales when he became a permanent resident in Maine. Upon retirement (one weekend!) he went to work in the offices of Colby & Gale in Damariscotta for the next five years, after which he chose to truly retire. He spoke fondly of both companies, always feeling like they were extended family.

Larry loved the outdoors. He was an avid sailor and skier (both snow and water) growing up around Lake Sunapee. After skiing at Sugarloaf he acquired a love for the mountains of Maine. Katahdin and Baxter State Park were favorites.

He is survived by his wife, Lucy-Ann Spaulding, of East Boothbay; daughters, Whitney Wright, of Brunswick, and Brooke Curran (Sean), of Braintree, Vt. The shining stars of each day were the grandchildren, Marlowe and Cooper Wright, of Brunswick, and his soon to be grandson, Fred Curran, whom we are expecting any day. His sister, Fayne LeClerc (Rene), of Candia, N.H., and Doug Spaulding (Clarissa), of Georgia and California are his beloved siblings, as well as truly special nieces and nephews.

Funeral services will take place at 1 p.m., Wednesday, Jan. 18 at Hall Funeral Home in Boothbay. All are invited to join the family for a gathering from 2:30-4 p.m. at the Water’s Edge Restaurant, 306 Eddy Road in Edgecomb.