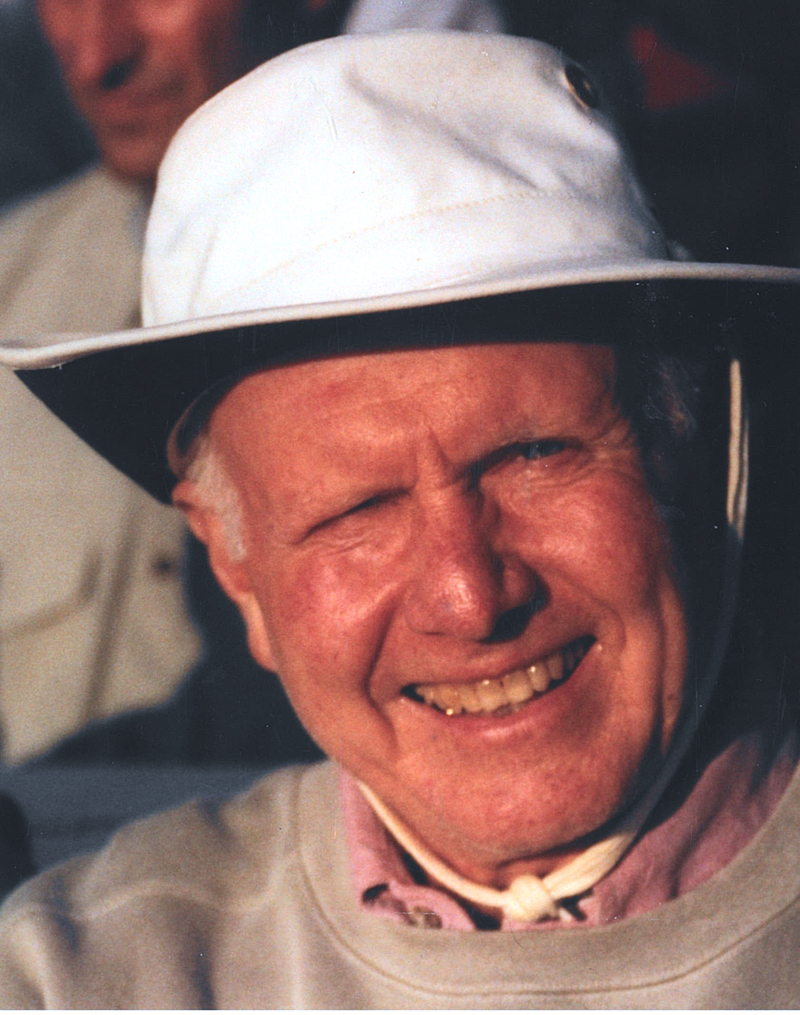 Larry, the only son of Earl E. and Jessie (Barnes) Townley was born in Schenectady, N.Y. and grew up in the rural hamlet of Burnt Hills. He attended first through 12th grades in the same school building. During his formative years, Larry’s life revolved around outdoor recreational pursuits, and a growing number of farming activities, including fruit and vegetable harvesting as well as raising chickens for egg sales. Nearly 50 years later, these experiences inspired Larry and Barbara to pursue life in retirement in Damariscotta on a parcel of waterfront land with forested acres and rolling fields which they dubbed The Farm at Hollyhock Inn.

Following high school graduation, Larry attended New York University on a full academic scholarship, graduating in 1955 with a bachelor’s degree in radio and television. Shortly thereafter he enlisted in the U.S. Army and underwent signal corps training. He was stationed in Japan, serving as a cryptographer. He left active duty in 1957, returning to New York City in search of fulltime employment, and to marry Barbara whom he had dated while in college.

The couple married shortly after Larry secured his first position as a group claim representative with John Hancock Mutual Life Insurance Company. He received his Master’s degree in Business Administration from New York University in 1964. Larry spent his entire 35-year professional career with the Hancock, working in group claims, sales, marketing, underwriting, health policy and health programs, a diversified experience which included seven relocations with his family to various offices around the U.S. He eventually rose to the position of second vice president, based in the Boston home office. Larry retired from John Hancock in 1992.

After a multi-year, multi-state search for property upon which to build their retirement home, Larry and Barbara settled upon the Damariscotta property historically known as the Freeman Farm. While still living in Dover, Mass., Larry made weekly trips to the 29-acre parcel to oversee and supervise virtually every aspect of the farm’s development. Located on a point at the confluence of Great Salt Bay and Oyster Creek, the farm eventually featured extensive flower and vegetable gardens, a fruit orchard, fish pond and acres of rolling fields.

Once settled in Damariscotta, Larry also entered a new phase of life devoted to community service. He held various volunteer leadership positions with the Damariscotta River Association, now known at the Coastal Rivers Conservation Trust, the Rotary Club of Damariscotta-Newcastle, Coastal Maine Botanical Gardens and the Second Congregational Church of Newcastle UCC. Larry repeatedly remarked how fulfilling and rewarding he found his work which ranged from fundraising for scholarships for college bound students, recruiting rosters of weekly Rotary Club speakers and holiday bell ringers, helping to implement creation of Coastal Maine Botanical Gardens, organizing Rotary fundraisers and many other initiatives. In addition to his active volunteerism, Larry also found time to train for, and participate in, multiple Trek Across Maine bicycle tours. He frequently rode with his Rotary Club colleagues and inspired his son to begin his own decades-long streak of Trek participation.

Larry and Barbara also found great joy and personal satisfaction in globetrotting, visiting such far flung locales as Australia, New Zealand, Africa, South America, Central America, eastern and western Europe, as well as throughout the United States and Canada. Even after Barbara passed away, Larry continued to travel, making solo trips and other journeys with educational tour groups. He never satisfied his need for knowledge about some of the most remote corners of the globe.

Yet, with all the farm work, volunteer activity and world-wide travel, Larry was never happier than when surrounded by family, friends and his loyal Sheltie Peter on a summer’s evening overlooking the Great Salt Bay, indulging in harbor side meals at Muscongus Bay Lobster and frequenting Round Top Ice Cream. In addition to his son and daughter, Larry is survived by his daughter-in-law, Carol Schall; and granddaughter Emily.

In lieu of flowers, Larry’s family requests that donations be made to the Rotary Club of Damariscotta-Newcastle, PO Box 565 Damariscotta, ME 04543, dnmrotary.org; or the Second Congregational Church of Newcastle UCC, 51 Main St., Newcastle, ME 04553, secondcongo.org.

Burial and a celebration of Larry’s life will be held at a later date.