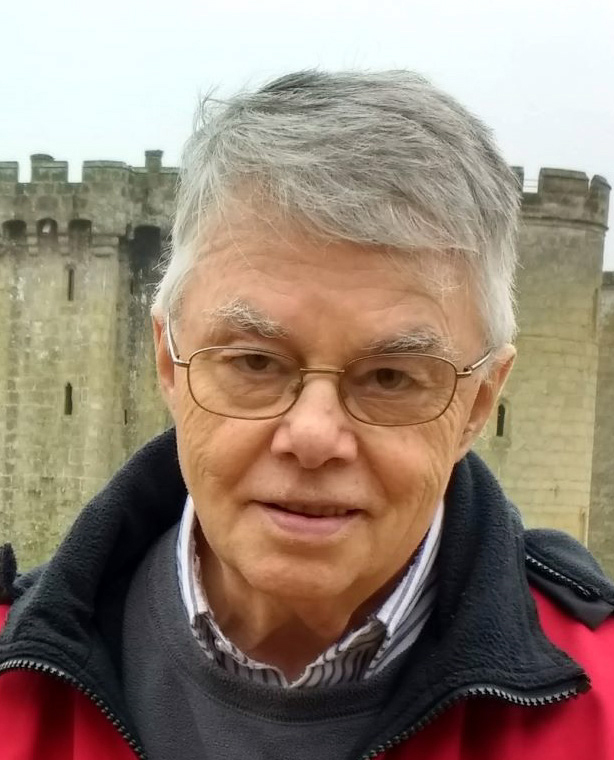 Larry grew up in Bloomfield, N.J. He attended local schools and played in the high school marching band.

He was a Boy Scout who loved camping expeditions. As a child, while in the hospital for a broken arm, he contracted polio.

Larry graduated from Dartmouth College in 1964 with a degree in English Literature and from Bloomfield College (Bloomfield, N.J.) with a degree in economics. While taking a gap year in college, he worked as a newspaper reporter in Highpoint, N.C. After graduation, he served in the Army National Guard as an information specialist. In civilian life, he became a business writer, writing for trade magazines in the printing and detergent industries. His career path zigzagged through different fields including a few years as a production planner for a manufacturer of office furniture, restaurant manager, and at retirement he worked for an auto dealer.

As a young man, Larry was very active in local politics, serving as the volunteer press secretary for a state legislator for several years. After retirement he returned to community service with volunteer work including serving as a docent at the Harrington Meeting House in Pemaquid, the Rock School House in Round Pond, the Bristol Improvement Committee and Old Bristol Historical Society (OBHS). He was also treasurer of the Harrington Meeting House, a board member of the Harrington Cemetery, a board member and press editor of the OBHS and board member of the Bloomfield College Alumni Federation.

He was also a member of the South Bristol Historical Society, Nobleboro Historical Society and Colonial Pemaquid. Upon retiring, he and his wife purchased a house at Heron Cove in Pemaquid Beach. Living in Maine became his chief passion. He looked forward to visits from his family during their summer vacations.

Larry and Margaret developed a taste for international travel while they were working and limited to numbered vacation days. After they retired, they traveled several times each year, primarily to Mexico, France, Italy and England for extended trips of a month or two. Larry was very fond of classical music, opera, drama and art museums, particularly those specializing in impressionist art. He and his wife often traveled to museums for special exhibitions. For their 25th anniversary, when their plans for a Caribbean vacation were dashed by a hurricane, they flew to Chicago for the day to see a Monet exhibition and flew home the same day.

A memorial service will be held in the spring. Contributions in his memory may be made to Old Bristol Historical Society, PO Box 87, Bristol, ME 04539.