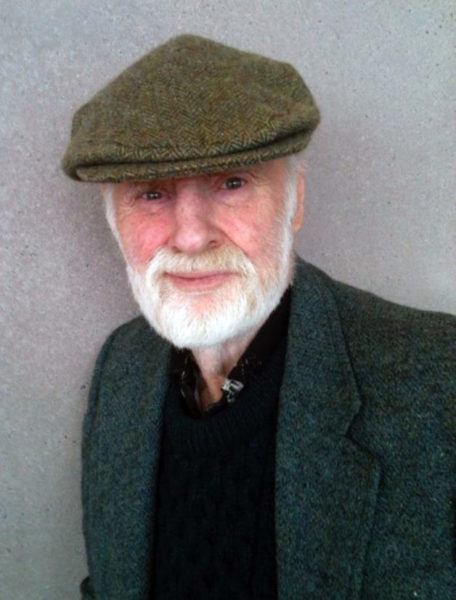 Lawrence “Larry” Mellyn, 83, died after a lengthy illness on Jan. 16 surrounded by his family and his loving wife, Janice.

Lawrence Paul Mellyn was adopted in 1933 by Margaret Doherty Mellyn and John Lawrence Mellyn of Boston, Mass. A natural athlete, Larry played quarterback for the class of 1951 at Cathedral High School; his unabashed love for the New England Patriots would endure throughout his life. Larry’s fascination with aviation, especially with WWII aircraft, led him to join the Air National Guard after high school. In 1953, Larry enrolled in the Industrial Design and Advertising program at the Massachusetts College of Art. There, he met and married Janice Nutting, his wife of 62 years.

Upon graduating in 1957, Larry began an extensive career in product and graphic engineering and architectural design that would span 60 years. He holds over 20 registered patents. With the Gorham Textra silver company, he designed the Circa ’70 silver tea service, carried by Georg Jensen in New York and Copenhagen. In 1961, Larry joined the General Electric company, becoming Director of Industrial Design. At GE, Larry designed the commercial wall-mounted dimmer, establishing the industry standard. He developed the line of Walt Disney nightlights, as well as the first portable car vacuum cleaner. As Advanced Product Planner, Larry produced the “Colonial Nightlight,” which sold over 12 million pieces.

In 1973, Larry founded Lawrence Mellyn Design in Providence, R.I. As an Independent Designer, he created products for Tivoli Jewelers, Celebrity, Inc., Country Land Company, A.T. Cross Company, Studio 4, and General Electric. One prominent client was the Leviton Manufacturing Company, with whom Larry developed the Decora line—a flat, rectangular wall switch which has sold billions and remains the industry standard for homes and businesses across America.

Larry’s freedom with his new company allowed him to pursue diverse design projects, ranging from the set of the Captain Kangaroo TV show to the Carpenter’s Boat Shop in New Harbor. Larry’s final project was a set of hand-carved oak doors for the chapel at the Transfiguration Hermitage in Windsor, which were blessed by Bishop Deeley of Portland at a mass in August 2016. He drew his practice from a deep love of nature, beginning his process from organic form. His love of the mechanical, from airplanes to automobiles, bespoke a lifelong curiosity of how things work. He was a truly remarkable draughtsman who fully explored and understood the line and shape of all things.

After several years of living in an inner-city spiritual community in Providence, Larry and Janice moved to coastal Maine, eventually settling in Pemaquid Harbor. Larry was a deeply spiritual man with a strong social conscience and sense of compassion. He gave many years of volunteer service to CHIP, a local low-income housing organization, providing housing repair and fuel assistance to people in need. Every project that he undertook or deed that he performed in the service of others was done with integrity and spirited conviction. The kindness of his heart was unsurpassed.

His professional accomplishments and civic involvements notwithstanding, Larry’s greatest legacy is the impact that he had upon those who knew him. He possessed an irreverent sense of humor, a gift for storytelling, and a profound humanity. He retained a child’s wonderment and delight with every new experience throughout his life. He was beloved by all, and his spirit will certainly live on.