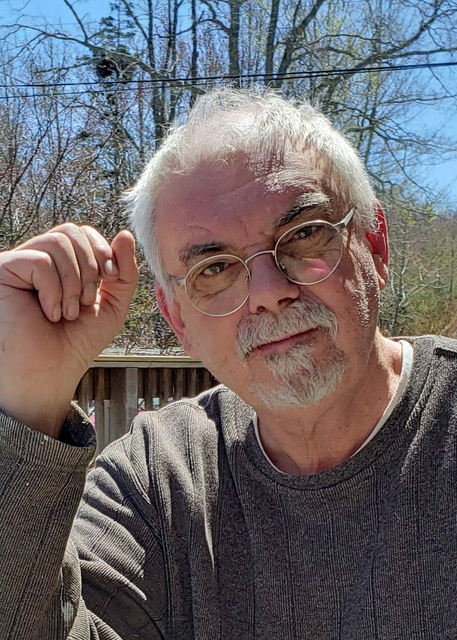 Lee Frank William Laughlin, 67, of Pemaquid, known to the local community as “Will,” passed away on the afternoon of June 25, 2020, after a brief illness at Pen Bay Medical Center. He went peacefully with his loving wife, Toni Farnsworth Laughlin, at his side.

Will was born on Sept. 6, 1952 at Paddington Hospital, London, U.K., and spent his formative years there. He was the son of Ellen Daisy (McCowan) Laughlin and Frank Roger Laughlin, a U.S. Air Force B-17 pilot.

Will came to the U.S. and spent 30-plus years here until he passed. He had a great love for this country, especially the Pemaquid peninsula, where he lived the last few years of his life. He and his wife, Toni, met at Midcoast Country Chapel in Wiscasset in 2013, and were married on Sept. 6, 2014.

Will was employed by George “Trey” Walker as part of his paint crew, which he loved; and the last year as a carpenter and painter at Pemaquid Boatworks up until a week before his death.

There will be a private spreading of his ashes at a future date at Pemaquid Point, which was his favorite place to sit by the ocean.