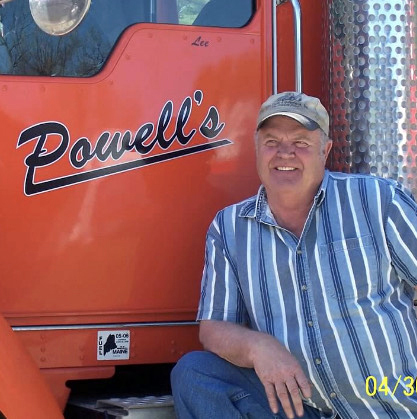 Lee Powell, 78, died Aug. 22, 2020 at Maine Medical Center in Portland. He was born July 18, 1942 in Philadelphia, Pa. to Henry and Florence Leibrick Powell. Lee grew up in Waldoboro and attended Waldoboro High School, where he played on the basketball team.

Lee worked at the Waldoboro Button Factory for several years. He also worked as a lobsterman for many years. He started his own business, Powell’s Marine Transport, which he owned and operated until his retirement. He served in the U.S. Navy during the Cuban missile crisis.

Lee was a very creative person and showed his talents through his welding and oil paintings. He enjoyed playing pool and bowling at DePatsy’s Lanes in Waldoboro. He loved buying and trading cars. He especially enjoyed classic cars and jeeps. He loved to go four-wheeling and hauling wood.

Lee was independent, had a great sense of humor, and loved animals, especially his cocker spaniels. He always enjoyed his daily trips to the Friendship Scoop for breakfast and dinner with Boo.

A private graveside service with military honors will be held at the Brookland Cemetery in Waldoboro at a later date.