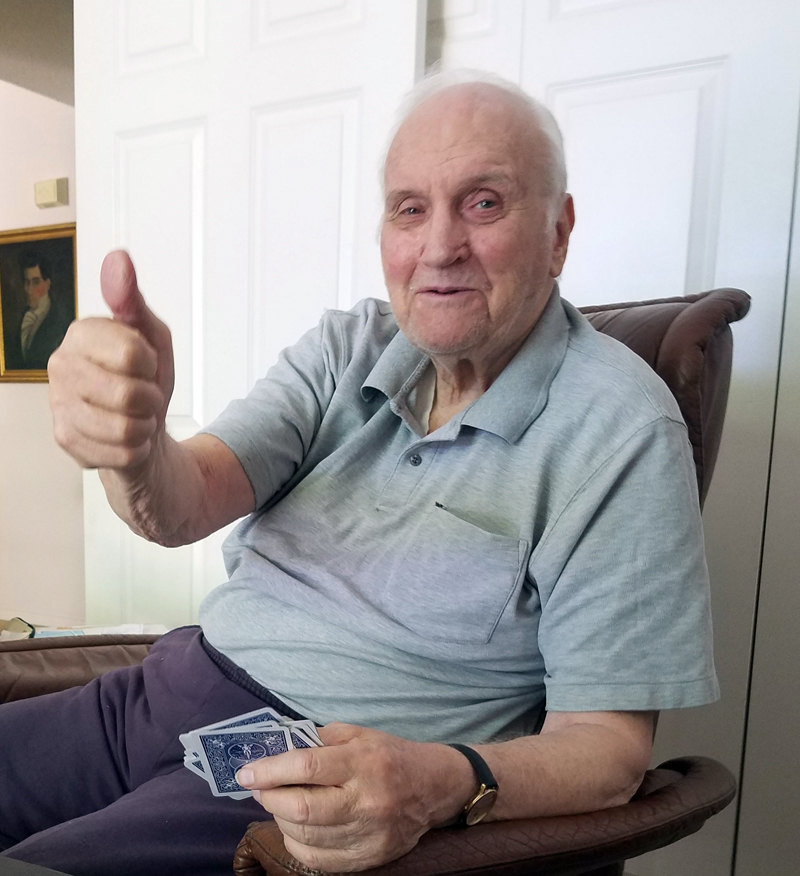 After graduating from Evanston High School, he attended Northwestern University, where he received a bachelor’s degree and master’s degree in chemical engineering. At Northwestern he was honored to serve as the president of his fraternity, Phi Delta Theta. An exceptional athlete, Lee played varsity basketball, passing on the opportunity to play in the NBA to pursue a career as a chemical engineer. He continued to excel as an athlete, playing highly competitive volleyball for many years. In 1969 his team won the national masters volleyball championship and he was named to the All-American team.

After service in the U.S. Army during the Korean War, Lee worked as a chemical engineer, eventually becoming a vice president at Stauffer Chemical Co. until his retirement in 1985. In 1954, he married Northwestern classmate Helen Camp, who was his loving partner in raising their three children, Susan, Robin, and David. The family spent summer vacations and many Thanksgivings with Helen’s parents, Helen and Fill Camp, on the North Point in Round Pond. They eventually bought a summer home in Round Pond to serve as the family’s base for summer adventures.

Lee was a devoted father and spent considerable time attending his children’s athletic events through their youth, high school, and college careers. Lee loved to travel and upon taking early retirement delighted in several national and international trips to follow the U.S. Olympic men’s and women’s volleyball teams, attending the 1984 Olympic games in Los Angeles, the 1988 games in Seoul, and the 1996 Olympics in Atlanta. He and Helen traveled extensively, particularly enchanted by explorations throughout Europe, Egypt, China, Russia, Tunisia, New Zealand, Tahiti, Kenya, Greece, Israel, and Nevis in the West Indies. Their love of Nevis led them to design and build a home on the island.

Lee and his family lived in Katonah, N.Y. for 32 years, where he was an active community volunteer. Much of his time was devoted to working with young people, instilling in them a passion for athletics in his role as a volunteer assistant volleyball coach at John Jay High School in Cross River, N.Y. He was a leader of the Katonah United Methodist Church and a member of the board of directors of A-Home, an organization committed to finding affordable housing for disabled adults. Known to many as a 6-foot-5-inch gentle giant, Lee loved spending time on the Maine coast, caring for the family’s dogs, playing cards, conquering the daily word scramble, and giving his time and talent with quiet grace.

Lee was a devoted fan of the Chicago Cubs, notably camping out all night at the Wrigley Field ticket gate with three high school buddies in order to secure front-row center-field tickets to Game 5 of the 1945 World Series. The Cubs lost the series. While they did not return to the World Series for another 71 years, Lee remained a loyal fan. In 2016 his lifetime dream came true as he and his family watched the Cubs (finally) win the World Series.

In his later years, Lee found love and companionship with his wife Cynthia Forrest Olson. They made their home of nearly two decades in Heritage Hills, Somers, N.Y. They enjoyed attending concerts, eating at local restaurants, and traveling to the Galapagos Islands, Machu Picchu, Hawaii, and Alaska. Ever generous, Lee celebrated his 75th birthday by bringing together his children, their families, and Cynthia’s family for a weeklong celebration in Nevis.

Predeceased by his wife of 44 years, Helen Camp Olson, he is survived by his wife of 19 years, Cynthia Forrest Olson of Somers N.Y.; his brother, James Olson, Malibu, Calif.; his children, Susan Olson Baker and her husband Chuck Baker of Mt. Vernon and Round Pond, Robin Olson and her husband Christopher Evans of Needham, Mass., and David Olson and his wife Caryn Dodd Olson of Stamford, Conn.; and three grandsons, Peter Olson Evans, Andrew Olson Evans, and Calvin James Olson. He will also be missed by Cynthia’s children and grandchildren.

A private memorial service will be held at the Chamberlain Cemetery in Round Pond in August.

Donations in Lee’s memory can be made to the Chicago Cubs Scholars Program, providing opportunities for inner-city Chicago students to excel in higher education.