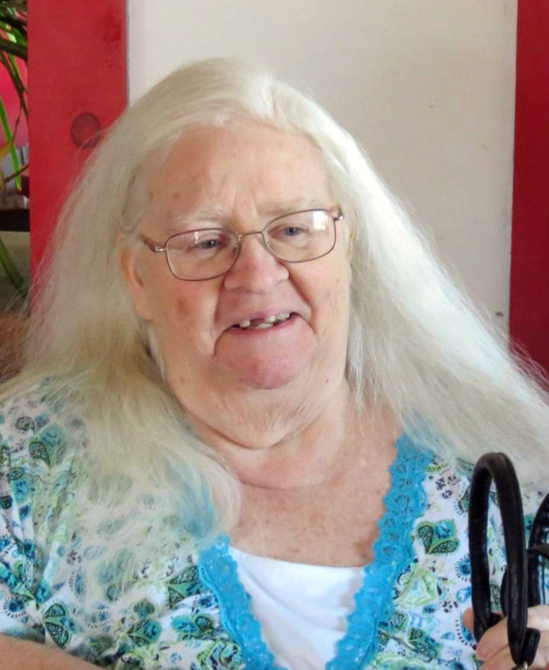 On Tuesday, Jan. 3, 2023, 12:30 a.m., Leola M. Russell passed peacefully in her sleep. She was the eldest daughter of Henry N. Russell and Leola M. Flint Russell of Lewiston and Damariscotta. Leola was 76 years old and graduated from Lincoln Academy in Newcastle in 1965.

Leola grew up in several areas of the eastern seaboard from Florida to Maine. In the late 80s she moved to Union where she lived for several years until finally moving to and living out the rest of her life in Friendship next to her beloved sister Mary and Mary’s family.

Leola loved many things in life including making floral arrangements for countless events throughout the years. She loved making crafts and attending area craft sales to share her joy with fellow craftsman. It was her dream to one day open her own craft store. Leola worked for over 30 years at the former Sylvania plant in Waldoboro retiring in 2006. There she had many job titles over the years including working in the acid room and also as a trainer to new incoming employees. While at Sylvania, Leola made several lifelong friends, many of whom she called her “brats” or her “bratty kids.” If she called you either of those, you knew you special to her. She loved to write poems for those that left or retired from the plant.

Leola was also a dedicated cat lover. She had several cats over the years who ultimately became her “children.” Her most prized possession was her latest cat, Mittens, who was given to her by her sister. Mittens was Leola’s best friend until the very end. Leola also enjoyed riding to New Harbor to Shaw’s Wharf/restaurant with family and friends on her brother-in-law’s lobster boat.

Leola is survived by her sister, Mary A. Genthner and her husband, Leroy W. Genthner Jr., of Friendship.; and their two sons, Kyle and John Genthner, both of Friendship.