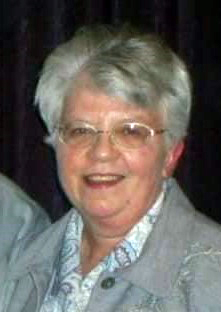 Leona had a lifelong pursuit of learning, starting as a graduate of Limestone High School in 1967. Leona received her undergraduate degree from the University of Maine at Presque Isle and her master’s degree in education from the University of New England in Biddeford. Leona had a remarkable career as a teacher at Limestone Community School; she touched the lives of students for 42 years, teaching primarily grades six through eight language arts.

Leona’s passion for teaching extended beyond the confines of her classroom. Drama assignments became actual middle school play productions which she would direct. Leona was solely responsible for organizing the school’s spelling bee and the school’s involvement in the Young Author’s Institute, sponsored by Aroostook Right to Read, of which she was the director for over 20 years. Leona also was the organizer of the National Council of Teachers of English Promising Young Writers exposition and the Newspaper in Education week competition. Through her efforts everyone in her class enjoyed success because Leona would never give up on any student. “Anyone can learn,” Leona would say, “you just need to figure out how each person does.” This mindset was also a contributing factor to Leona Michaud being nominated three times for Maine Teacher of the Year, 1987, 1992, and 1999. Leona’s ability to write poetry was also a joy she shared with others, the poet laureate at not just the school but in the town of Limestone. Over the years, she would be asked to contribute to many special occasions with her inspiration. Leona coordinated the school’s poetry contest with the Frost Memorial Library.

Leona’s civic involvement was just as extensive and fulfilling to her. Leona was the lay leader at Limestone Methodist Church; she was involved actively writing sermons, organizing baptisms, and preaching to the congregation. Leona was also using all her teaching skills in the church’s Sunday school learning program, overseeing it with her sister, Jane, during its most heavily attended period. She was involved in pastor-parish relations, the Women’s Civic Club, and multiple committees that helped the church with her leadership skills. Those leadership skills put into fundraising efforts were extraordinary over a 30-year period working with the Trick or Treat for UNICEF fund, she helped raise over $35,000 for children around the world. She is known for her work with the group of pastors in the Aroostook County area as their leader and served as the secretary as well, allowing for continuity and uniformity of message and programs in all Aroostook County Methodist churches.

Leona was a member of American Auxiliary of University Women and served as the group’s president for multiple terms. Leona was a member of the Limestone High School Alumni Association and was its president and organizer for many years. Leona’s leadership was always a welcome addition to any group, and she enjoyed the chance to make a difference, so much so, the town of Limestone named her Citizen of the Year in 2005. Gerald, the love of her life, built their dream home in Limestone where she planted the most beautiful gardens and Leona and Gerald both filled with collections they loved and enjoyed.

Friends and family may call from 11 a.m. to 12 p.m. on Thursday, July 23 at the Limestone Methodist Church where her funeral service will be held at 12 p.m. Interment will follow at Riverside Cemetery in Fort Fairfield.

Memories and condolences may be shared at lancastermorgan.com.