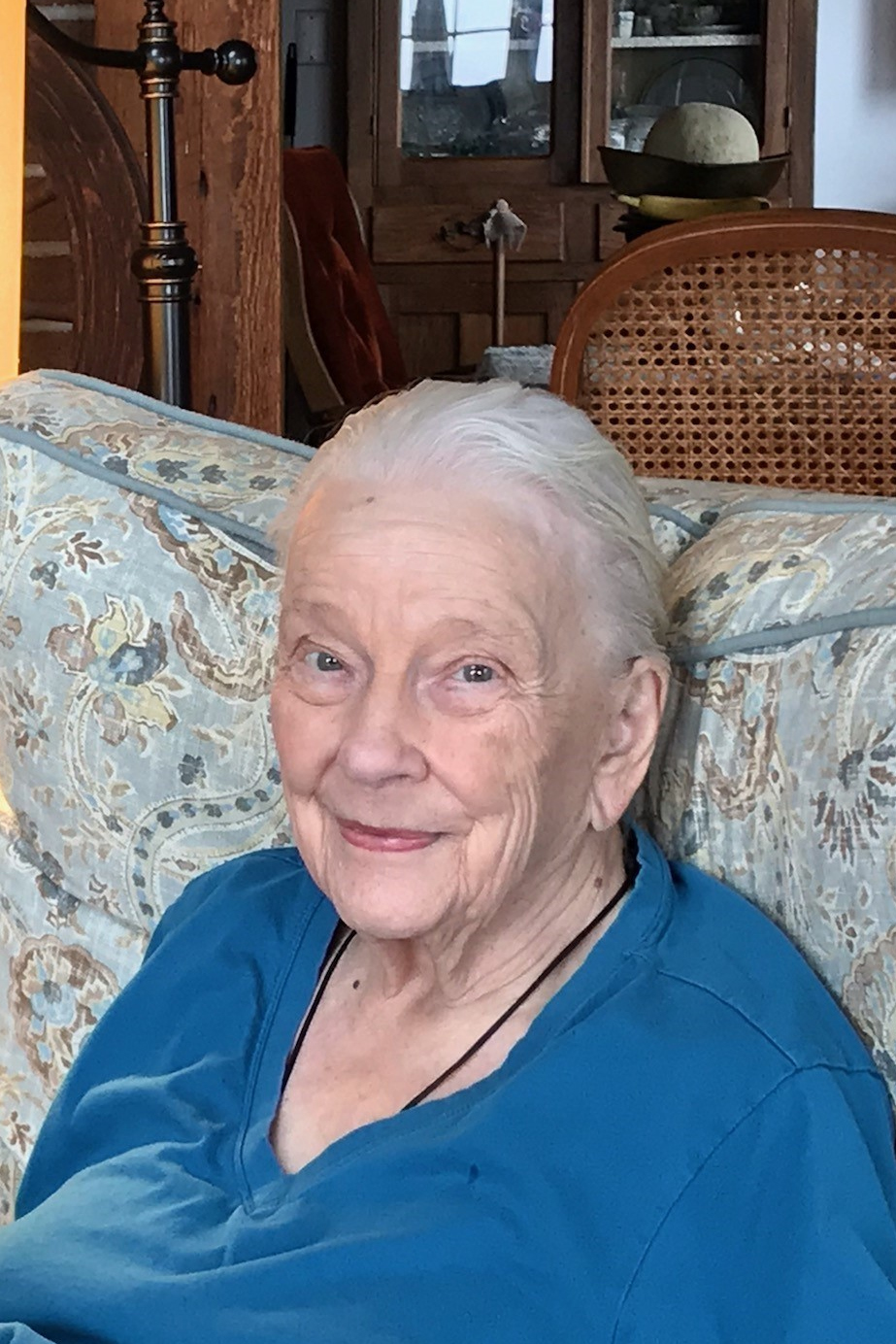 Leora (Lee) Robbins of New Harbor passed away peacefully at LincolnHealth-Miles Campus in Damariscotta, surrounded by family on Aug. 17, 2021. Her gentle humor, loving spirit, and interest in the world lasted until her final days. A generous and devoted matriarch to a large extended family, Lee was a lover of books, animals, and the wonders of life in general.

Born Leora R. Harlan to a farm family in Pennsylvania in 1925, Lee attended Antioch College in Ohio before leaving on her independent life’s adventure, traveling the US and working in various cities as a legal secretary. Her first marriage to Newton Miner produced three boys. In 1959 Lee returned to New Castle, Penn. along with her sons, and in 1960 Lee married George Robbins (1925-2012), adding two more sons to the blended family from George’s first marriage.

A longtime resident of Pemaquid Trail, Lee first saw the place that was to become her future retirement home on her honeymoon in 1960 with George. The “cabin,” as it is called by the family, was the second residence ever built on the trail in 1950 when George’s mother Mildred and his sister Dorothy built it as a summer cottage. It became George and Lee’s primary residence in 1978 and a year round gathering place for the family for many happy years. Perhaps one of the vanguards of the work-at-home career models, Lee reengaged her secretarial skills as a part time medical transcriptionist, contributing to the family income and at the same time attending to her elderly mother. She continued this work into her 80s before devoting full time to her mother’s care and eventually to George’s.

Following George’s passing Lee continued to live a mostly independent life at the cabin, where she continued to welcome her many family members and friends, too numerous to name. They arrived from places all over the globe to share their stories and adventures with her. Her door and her heart were always open to everyone who came with mutual love, acceptance, and goodwill to her special place in Maine.

She is preceded in death by her parents, Willard and Mabel Harlan; husband, George; sister, Edice Perschke; and son, Stephen Robbins.

She is survived by her sons, Reid Miner and wife Mary Miner of North Carolina, David Robbins and wife Linda Robbins of Pennsylvania, Jay Miner and wife Mauri Miner of Washington, and James Miner of Colorado; sister-in-law, Dorothy R. Stewart of Michigan; and many loving nieces, nephews, grandchildren, and great-grandchildren.

For those wishing to make a donation in her memory, the family suggests the Bristol Area Library, PO Box 173, New Harbor, ME 04554 and Maine Public Broadcasting, 1450 Lisbon St., Lewiston, ME 04240 or mainepublic.org.

Memorial arrangements to be announced at a later date. Hall’s of Waldoboro has care of the arrangements.