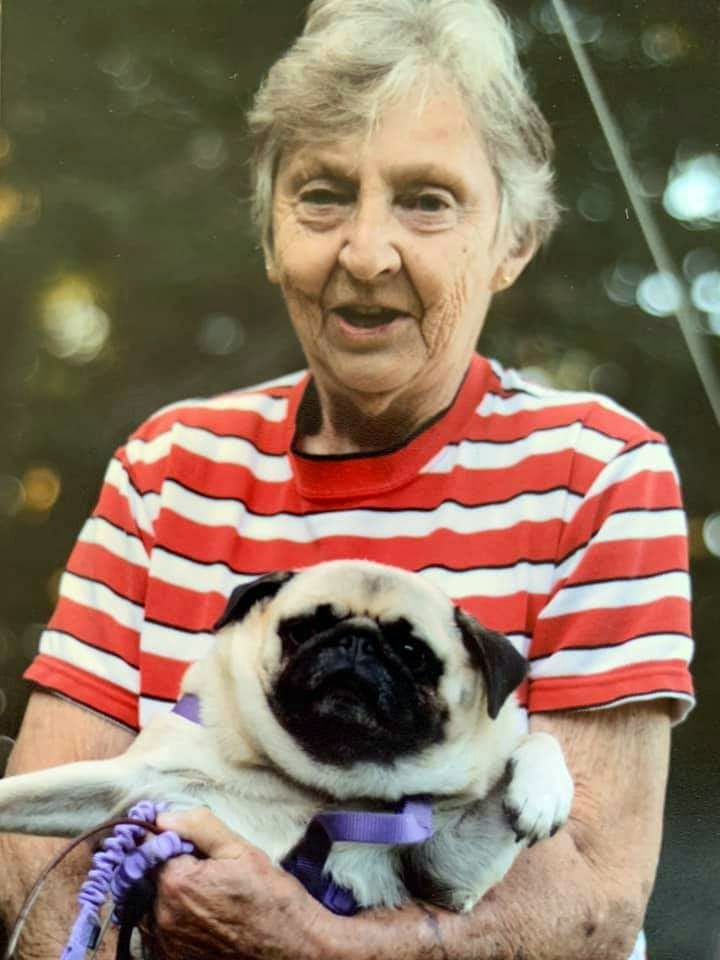 Lillian E. Poole, 89, of South Bristol, passed away quietly on the morning of Nov. 11, 2020 at her home looking out over John’s Bay after a long struggle with dementia. She was born in Bristol Sept. 12, 1931 to Beatrice and Oscar Russell. She attended both grammar and high school in Bristol.

For several summers she worked at the Seagull Restaurant at Pemaquid Point for Myra and Guy Lane. While on her summer break before her senior year she met the love of her life, Raymond, at the beach pavilion roller skating. She and Raymond were married right after she graduated and never left each other’s side for almost 60 years.

She was a true woman of her generation, gardening, canning, sewing, cooking, camping, and boating along the coast. She loved to do any kind of crafts, stenciling, and upholstering. A summer woman once gave her some vintage stoles made from animal skins after they had fallen out of grace. Lillian proceeded to make teddy bears out of all of them, complete with names and costume jewelry.

She and Raymond did a little traveling out west and down south, but ask her what her favorite was and she’d say camping 30 miles up on the Golden Road or in a cabin in the winter ice fishing on East Grand.

She was predeceased by her mother and Raymond in 2007; three brothers, Mack, Lewis, and Philip; and also a granddaughter, Sarah Ezzell.

She is survived by two sons, Richard of Saco, and Jeffrey of South Bristol; daughter, Lori Merrill of Wiscasset; five grandchildren; seven great-grandchildren; and her special roomie, Anita.

As by her request there will be no service. Next summer her ashes will be mixed with Raymond’s and spread over the water in front of the house on John’s Bay.

I saw a glimmer of an angel today, our time between life and death is a mere shadow, who knows what form it takes you, slipped away in pieces like leaves on an autumn maple fleeting on a light wind, you left so many memories in our hearts. Your journey was long, a warm breeze now will comfort you as you walk hand and hand between rays of sunlight.