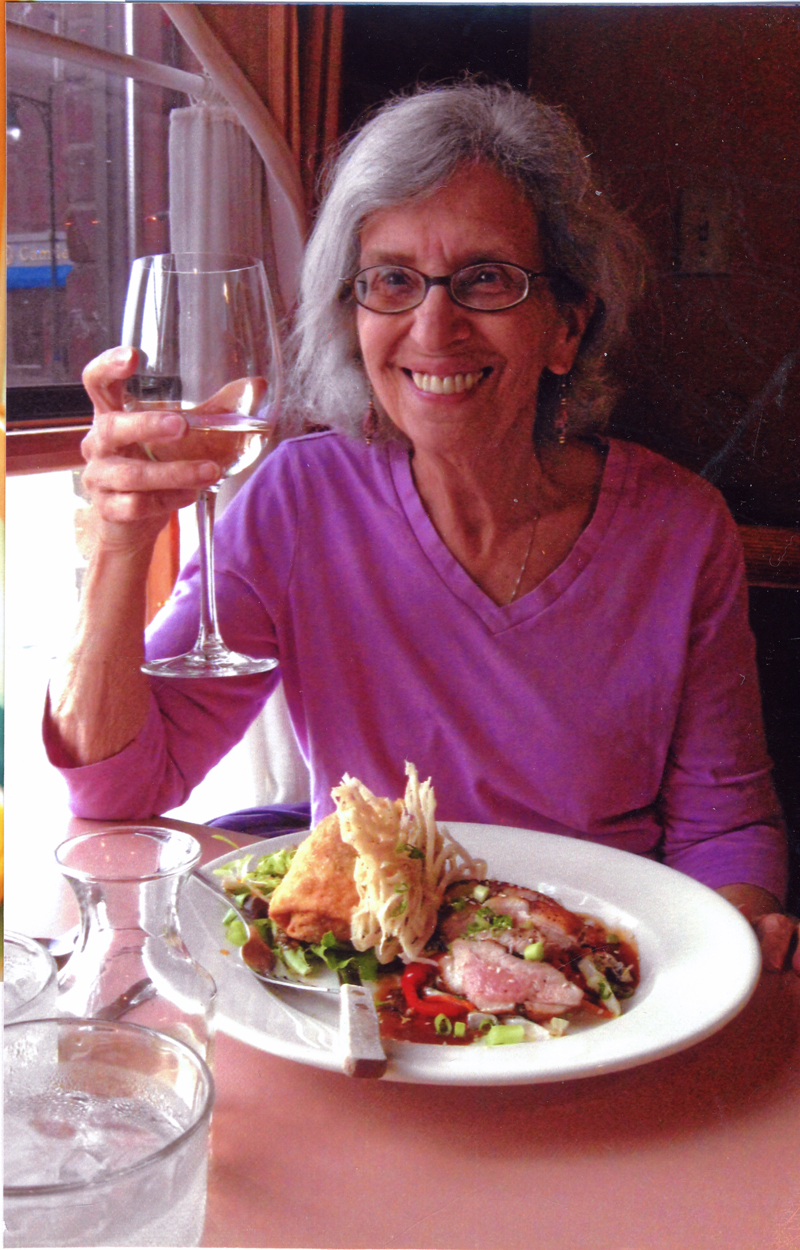 Linda Webbenhurst, 83, of Damariscotta, died at Sussman House in Rockport on Mother’s Day, May 10, 2020 with two daughters at her side.

Born Carol Linda Dutra to nurse Dorothea Pyne and architect Christopher Dutra on Aug. 29, 1936, Linda grew up a tomboy on a dairy farm near the beaches of Middletown, R.I. The youngest of three sisters, Linda was a gifted musician and artist from an early age, and a feisty 4-foot-11-inch basketball player. The description “cute, sweet, and tiny” from her Rogers High School yearbook suited her throughout her life.

A talented designer and illustrator, Linda was accepted into the Rhode Island School of Design after high school, where she met and married her first husband Kenneth L. Hunnibell, who grew up in Alna.

Linda raised her four children from that marriage in the San Francisco Bay area while working in banking and bookkeeping. She taught her children how to cook, sew, knit, swim, ski, bowl, drive, paint, play cards, play musical instruments, win debates, and make almost anything out of almost nothing. By her own example, she raised her kids to be self-sufficient, compassionate, and fair.

After her children were grown, Linda met her second husband David J. Webbenhurst, a native of South Dakota, with whom she spent some of the best years of her life.

Together Linda and Dave especially enjoyed camping and fishing, casino hopping, competing on bowling teams, watching polo matches, serving in local government, and spending too much money at antique auctions. They renovated two homes in which they lived: a colonial house that was Linda’s childhood home in Middletown, R.I. and a Victorian house they later lived at in Rockland.

Linda spent her last years at Schooner Cove sewing, knitting, and living in simple comfort, gazing at the Damariscotta River with a cat in her lap.

Linda was predeceased by her second husband, David Webbenhurst; and a sister, Judy Mitchell. Linda is survived by a sister, Sylvia Vatuk, of Chicago, Ill.; a son, Mark Hunnibell of Yellow Springs, Ohio; and three daughters, Kristin Hunnibell Kennedy of Waldoboro, Meredith Hunnibell of Falmouth, Mass., and Melissa Hunnibell of Alna; four granddaughters; and six great-grandchildren.

A private memorial is planned for a later date.