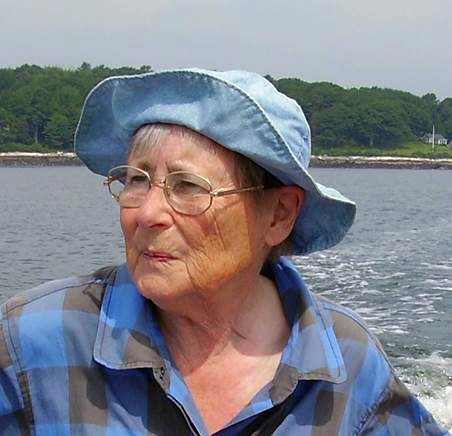 Lorraine Ida (Barbeau) Morong died on Nov. 18, 2020, at Wentworth-Douglass Hospital in Dover, N.H., after a period of failing health.

She was born in Nashua, N.H. on Oct. 24, 1924, the eldest daughter of Wilfred and Aurora Victorina (Gendreau) Barbeau. She was graduated from Anson Academy, North Anson, and from Skowhegan Business School, Skowhegan.

While living in South Berwick, Lorraine served on the town budget committee and in other civic capacities. She was also active in the Parent Teacher Association and with the Cub Scouts program.

In 1960 Lorraine signed on as a correspondent with the Portsmouth Herald to write a weekly column reporting news of the town. After moving to Madbury in 1966 she covered the Durham town news for the Herald for several years, then for six years reported the Madbury news for the Tri-Town Transcript (a weekly no longer extant). Since then she had been a correspondent for Foster’s Daily Democrat; her last copy submitted to the Democrat was in March 2020, when she reported the results of the Madbury town meeting.

For 10 years spanning the 1960s and ’70s, she ran a private clipping service of all New Hampshire newspapers, dailies and weeklies. She was also active in many social causes.

Besides her correspondent work, she was involved in the civic affairs of Madbury, including serving on the zoning board of appeals for several years, most of them as chairman. She supported the Madbury Community Club and was a charter member of the Madbury Historical Society. For her advocacy of the town’s First Aid Stabilization Team, she became known as “Ma FAST,” serving FAST both as an officer and on committees. In 1999, she initiated the raising of funds to build a state-of-the-art library in Madbury. The new facility opened in December 2019, nine months after groundbreaking, and Lorraine was asked to cut the ribbon. She also spearheaded the movement to get a ZIP code for the town.

Lorraine and William (deceased in 1991) also took an active interest in the small summer village on Muscongus Island in Maine, where the family has owned a house since 1968. Her civic interests encompassed this community too, helping to document the history of and maintaining the archives of the island’s vibrant 19th- and early 20th-century fishing community.

She is survived by her five children, two of whom are married: four sons, William III, Bennett (wife Candace), Mark, and Dana; one daughter, Sally Morong Chetwynd (husband Phillip); seven grandchildren and two step-grandchildren, several of whom have spouses; eight great-grandchildren; one great-great-stepgranddaughter; and many nephews, nieces, and cousins. Her sister Roma Chute lives in Florida, and her sister Doris Rich lives in Oregon. Her sister Janet Wright of Florida predeceased her in 2017.

The family would like to thank the staff at Carriage Hill Assisted Living in Madbury for their tender care.

Those who wish to honor Lorraine’s memory may donate to the Friends of the Madbury Library at 11 Town Hall Road, Madbury, NH 03823 (603-743-1400), madburylibrary.org/friends.asp, fomlnh@comcast.net.

She requested donations to the library rather than flowers, often stating that she was taking the time to smell the flowers while she was here. A celebration of her life will be held for her family and all of her friends when the pandemic is over and a large enough hall can be found.