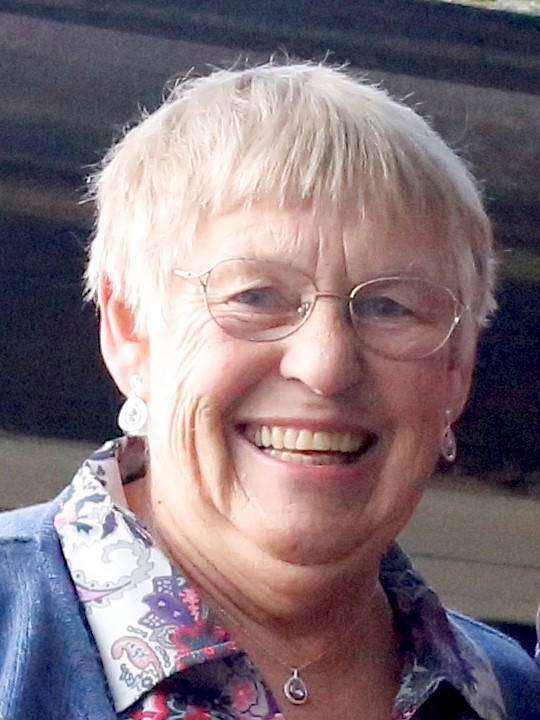 Louise Watson Williamson, 87, of Jefferson, passed away peacefully Jan. 13, 2021, at home comforted by her loving family. Louise was born in Damariscotta on May 1, 1933, the daughter of George Watson and Helen (Weeks) Watson. She was raised in Newcastle and graduated from Lincoln Academy. She put herself through college, working as a waitress for Sunset Lodge, an old fishing camp on Damariscotta Lake, and graduated from Farmington State Teachers College (now the University of Maine, Farmington) in 1955 with a degree in home economics.

After graduation, Louise married her high school sweetheart, Andrew W. Williamson III, and supported him through graduate school and military service, teaching school in Massachusetts, Maryland, and Texas. In 1959, Louise returned to her roots, settling with Andy in Jefferson, where she is the descendant of John Weeks, one of the first 12 settlers of Jefferson and her fourth great-grandfather.

Together, Louise and Andy raised five children in Jefferson. Louise became a member of the First Baptist Church; sang in the choir; was chairman of the Christian Education Committee, creating a Sunday school program with over 100 attendees; taught Vacation Bible School; and was active in women’s Bible studies. She organized, cooked, baked, and sewed for organizations throughout Jefferson, was an active member of the Ladies Aid Society and the Knox/Lincoln Cooperative Extension, and a Girl Scout leader. She also organized the original dispatching system for Jefferson’s volunteer fire department before there was a 911 emergency response system.

In the 1970s, Louise and family moved to Hawaii for four years, where she taught sewing, design, and pattern making for the Honolulu Community College. She became a small-business owner for a Pick-a-Pearl jewelry business named Secrets of the Sea with locations in Honolulu, Hawaii and Boothbay. While in Hawaii, she learned to make traditional Hawaiian quilts and quilting became a passion.

In 1976, the Williamson family returned to Jefferson to celebrate the country’s bicentennial, the family walking in the local parade in authentic Colonial costumes, all handmade by Louise. As part of the summer festivities, Louise and Andy hosted an old-fashioned barn-raising, complete with bean-hole-beans, a potluck dinner, and a square dance in the new barn.

After resettling their own family in Maine, Louise and Andy sponsored a Vietnamese boat family who had fled their homeland and helped them to start a new life in Maine. As a sponsor, Louise found the family a place to live, provided food, clothing, and transportation, and helped to find employment. The family continued to remain in contact with their “American mom and dad.”

Louise went back to school to get a master’s degree in guidance counseling from the University of Southern Maine and a Master of Pastoral Counseling from the Bangor Theological Seminary. She became a lay minister and a counselor for the State of Maine Prison in Thomaston, before returning to the field of education, becoming a gifted-and-talented teacher and guidance counselor for Great Salt Bay Community School.

As her children grew, she stayed active in their interests and extracurricular activities, supporting them in sports and academics. When there was a need, Louise stepped up and became a counselor for the AFS International Student Exchange Program. The family hosted Asko from Finland and Tiziana from Switzerland through AFS, further extending her family internationally!

In 1986, Andy and Louise moved to California, where Louise was a guidance counselor at Chadwick Academy and in the Palos Verdes Public School System for 10 years. Upon retirement, Louise and Andy became American Baptist missionaries in South Africa, organizing a small K-13 school for the children of the missionary families from the Republic of Congo that were displaced during that country’s civil war.

In retirement, Louise and Andy spent summers in Jefferson and winters in Tucson, Ariz., volunteering on both sides of the country, and in between. They built houses for Habitat for Humanity in Maine, Texas, Arizona, and South Africa, were docents for the Breakwater Lighthouse in Rockland, volunteered for the America’s Cup Yacht Racing in Portland and New Zealand, and helped with farm activities and hosted migrant workers for County Fair Farm in Jefferson.

Louise was predeceased by her husband of 63 years, Andrew; and her sister, Mary Lemieux.

A memorial to Louise can be found at hallfuneralhomes.com. Please share your memories and condolences online with the family.

A private graveside service will be held at a future date at the Bond Burial Ground in Jefferson.

In lieu of flowers, donations in Louise’s name may be made to the Jefferson Historical Society, P.O. Box 302, Jefferson, ME 04348.