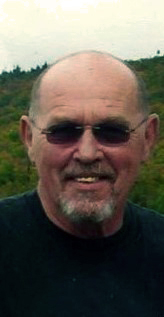 He graduated from Gardiner Area High School in 1963 and received an AS degree in Criminal Justice and a BS degree in Public Administration from the University of Maine.

In 1988 he became the executive vice president of the Maine Insurance Agents Association in Augusta. He served in that capacity for 21 years, until he fully retired in September of 2009.

He loved the outdoors, and hunting and fishing in Argyle and Rangeley. He was a member of many wonderful organizations. He enjoyed his time spent with Peggy at their camp in Rangeley and riding their Harley-Davidson motorcycle. He also loved to attend the many activities of his 13 grandchildren, and five great-grandchildren, which ranged from dance to hockey.

John was predeceased by his parents; and his brother, Herman F. Clark; and his sister, Janice Plaisted.

There will be a celebration of his life at 10 a.m. on Friday, Nov. 15 at Hope Baptist Church in Manchester. A committal ceremony at the Sawtelle Cemetery on the Pond Road (Rt. 23) in Sidney will take place directly following the service.