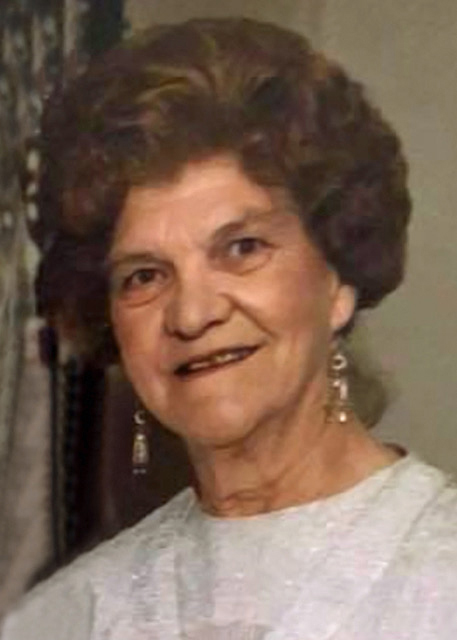 Lucy Hammond, 90, passed away Dec. 4 at the Cove’s Edge Nursing Home in Damariscotta, where she had been living for the past two years. Born on June 17, 1927 in Arlington, Mass., she was the daughter of Angelo and Louise D’Errico.

Lucy grew up in Arlington, Mass., attending local schools and graduating from Arlington High School. After graduation she went to work for BF Goodrich making rubber boots. While raising two sons, she continued to work, ending her career with Gillette, where she worked many jobs, retiring as a forklift operator.

She and her family moved to Burlington, Mass., and later Haverhill, Mass., before moving to Maine when she was older to be closer to her son. She loved playing bingo, was an avid sewer and crocheter, and was an amazing cook. She would feed anyone who walked through her door, and her recipes have been handed down to younger generations.

Besides her parents, she was predeceased by her husband, Oliver Wendell Hammond; as well as many in her very large Italian family.

A time to gather with her family will be held at 10 a.m., Fri., Dec. 8 at the Strong-Hancock Funeral Home, 612 Main St., Damariscotta. A funeral for Lucy will follow at 11 a.m., also at the funeral home. She will be laid to rest next to her husband in the Pine Grove Cemetery in Salem, N.H.