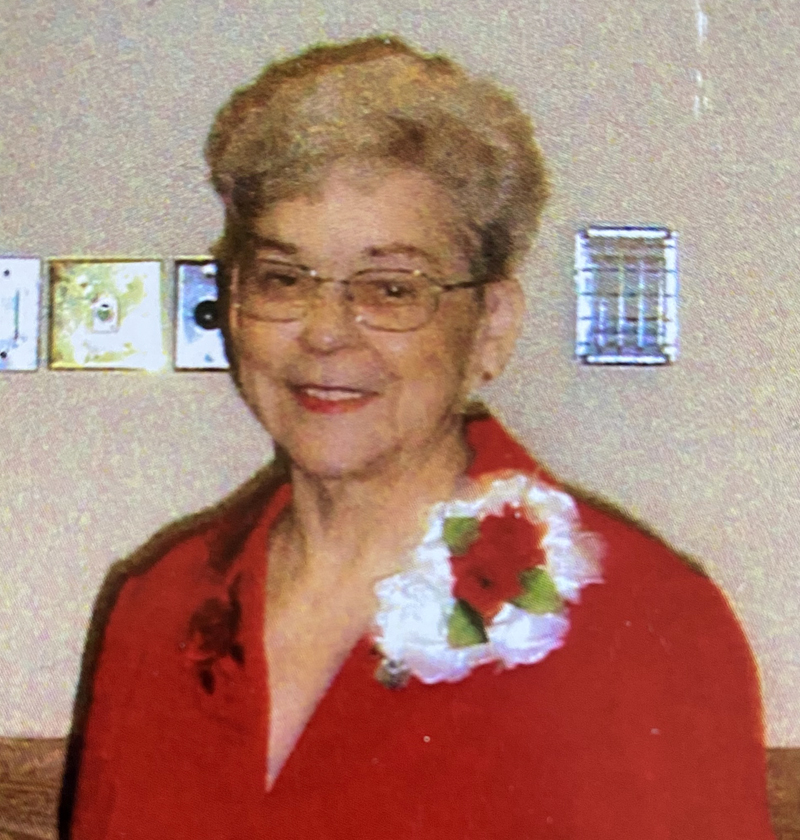 She was born in Fort Worth, Texas to William Smith and Fannie Brown Smith. From July 1939 to May 1948 she and her siblings lived at the State Orphan’s Home in Corsicana, Texas. On Feb. 15, 1950 she married Walter Miete. They moved around the United States for Walter’s military career, as a Navy pilot, finally settling in Wiscasset, and then retired in Alna.

M. Jo was very busy with her children while Walter was away during his career. She was a very giving person and did for others more than herself. She was a very talented seamstress, craft person, quilter, and many other talents.

M. Jo was a paid up for life member of the Wiscasset Unit 54 American Legion Auxiliary Department of Maine. She held the office of President, District 3, department offices historian, and Chaplain. She was President, 1989-1990; National Executive Committee Woman, 1990-1991.

For many years she was a counselor at Dirigo Girls State and Department Parliamentarian, Co-chairman of Decorating Committee for conventions, Sergeant-at-arms for department installation of department officers. Also, installing officer for past department presidents.

M. Jo attended many national conventions as a Delegate from the Department of Maine.

M. Jo’s many talents were so appreciated by both the American Legion and the American Legion Auxiliary. The hand-painted vests for Tony Jordan’s National Commander campaign and the lobster for the parade in Florida. She made many quilts to be raffled for funds to benefit several projects to help out veterans and families.

M. Jo shared her many talents with everyone she befriended. She was a member of the Clamshell Quilters and the Pine Tree Quilters. She helped with the state quilt shows for many years.

She is predeceased by her parents, William and Fannie Smith; two brothers, William (Bill) Smith and Mark (M.E.), both of Texas; and her husband, Walter. Surviving are a sister, Dorothy Marshall of Corpus Christi, Texas; and brother, Charles and wife Barbara of Bogota, Texas; two children, Michael and wife Gloria of Dresden, and Jolene Meldrum and companion Sam Bulger of Houston, Texas; four grandchildren; six great-grandchildren; and several nieces and nephews.

There will be no services at this time. A celebration of life will be held when socialization circumstances allow.

Contributions can be made to the JRDF (juvenile diabetes resource foundation), 200 Vesey St., 28th Floor, New York, NY 10281 or online at jdrf.org.