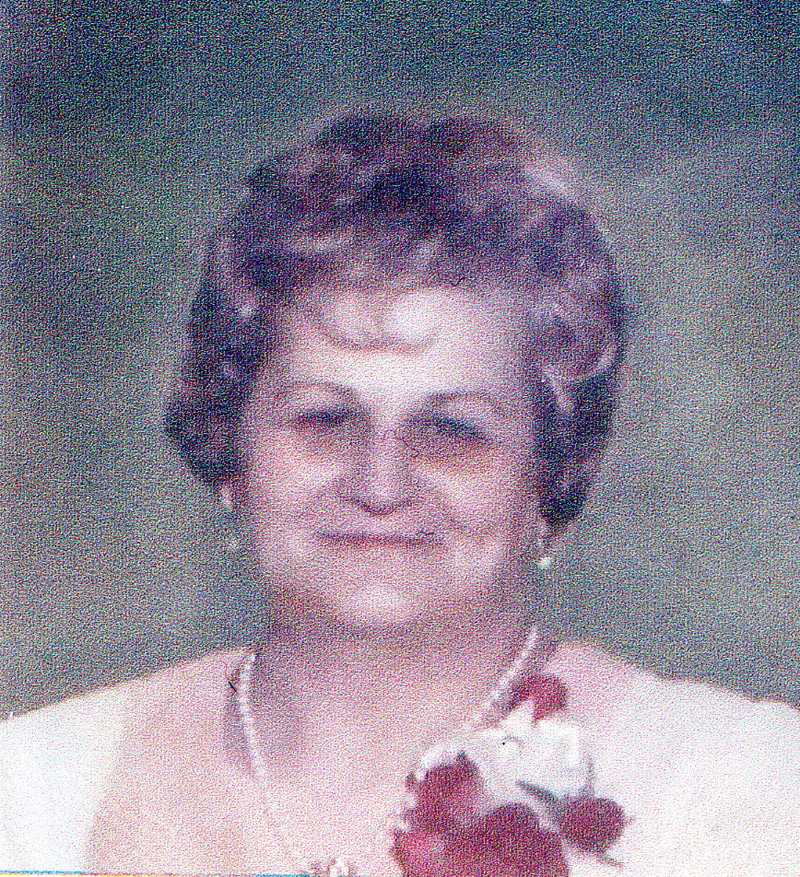 Madeline Marie Feyler Boynton, of Jefferson, passed away Nov. 3, 2021. She was born in Jefferson to Charles Elden and Hattie Marie Weaver Feyler, on Nov. 13, 1923. She lived in North Newcastle and Jefferson, attending school at Dyers Valley in Newcastle and Jefferson Ridge in Jefferson Village. She graduated from Jefferson High School in 1937. Some of her high school teachers were Warren Hill, Edna Parlin, Margaret Bond, and Ned Packard, and she took singing lessons from Margaret Turner.

When the children were in school, Marie worked at Alewives Stream in Damariscotta Mills; Lubec Canning in Rockland; Health Tex in South Gardiner; and Renys Department Store in Gardiner. Marie and her husband also worked in the blueberry fields from 1955 to 1991 for Medomak Union Canneries for Larry Bird, Sebastian Grodes and Peter Soule.

Her hobbies were cooking, crocheting, puzzles and crosswords. She loved people and was always making things for family and friends. She belonged to the Jefferson Grange where she held office.

Marie had a lot of faith and loved her Lord. She was involved with the United Baptist Church in South Jefferson for many years, where her children also attended. She taught Sunday school there and held several positions over the years. She also served as janitor, and was on the Deacon’s and Missionary Boards. She sang in the choir for many years with Esther Hallowell as piano player, and sang with Margaret Turner’s group of boys and girls. When Ted and Faye Clark taught Sunday school she made small Christmas socks that held candy canes for children.

Herbert Clark transported her and her sister, Phyllis, to church when they were young. They called him “Grampy Clark” and he owned a general store in South Jefferson. She and Phyllis used to walk up to Grampy’s store after school to get items for their parents. Marie fondly remembers Grammy Clark saying Marie’s were “the best children in town.” Two of her closest friends were Joyce Clark, with whom she enjoyed raising children together, and her daughter-in-law, Debbie Norton.

Marie served as clerk on the Trask Lawn and Cemetery Committee and her children maintained the cemetery.

A graveside service will be held at 1 p.m., Thursday, Nov. 11, at Trask Lawn Cemetery, South Jefferson.