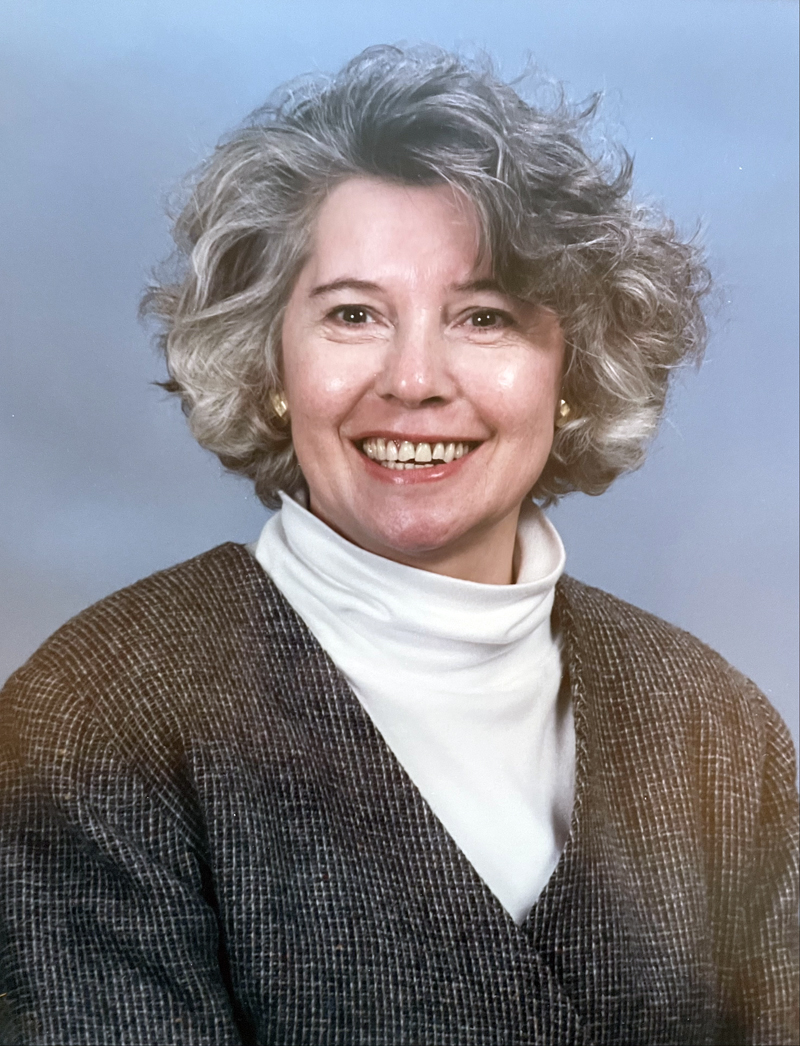 Madelyn Woodbury passed away peacefully at her son’s home in Jefferson on Feb. 27, 2022. She was 76 years old.

Madelyn, or Maddie as most of her friends knew her, was born in Rockland on Sept. 20, 1945 to Gertrude Mank and Augustus Moody Jr. She and her older brother Dean grew up on the family farm in Jefferson and attended Lincoln Academy, class of 1963 where she was proud to receive the Crisco Homemaker Award.

After graduation, she married Eben C. Hunt and had two children, Dale and Kimberly.

She was skilled in secretarial and administrative positions but found the greatest career satisfaction when she became a full-time seamstress, where she created original designs and expertly tailored apparel for many in the community for their special events. Many of her clients became lifelong friends.

Her creativity in the sewing room spilled into watercolor painting. She created a small studio at her home and note cards from some of her favorite works. Her Christmas tree painting was a popular design at local craft fairs. Later in life, she created custom pillows adorned with antique buttons that Sproul’s Furniture carried.

Maddie loved family, her many pet cats, and Buick Riviera cars. She enjoyed baking pies and her family looked forward to her cinnamon buns during the holidays. She had an affinity for fashion and subscribed to many fashion magazines and was known for wearing her beret when out and about. She enjoyed genealogy and researching her family history. She was a faithful friend to many and a devout parishioner at the First Baptist Church in Nobleboro.

Maddie is survived by her son, Dale Hunt, his wife, Katherine, and grandchildren, Lauren and Gus, of Jefferson; her daughter, Kimberly Hunt, husband, Michael Bisson, and granddaughter, Camille, of Pleasanton, Calif.; and her first husband, Eben C. Hunt, of Newcastle.

She is predeceased by her parents; brother; husband, Walter Littlefield; and husband, Tom Woodbury.

A graveside service for family and memorial service for friends and family is planned for later in the spring.