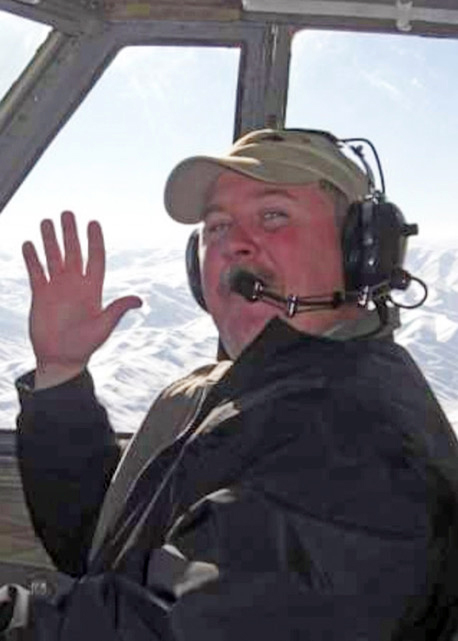 He attended high school in Stuttgart, Germany and Fayetteville, N.C., where he graduated from Westover High in 1983. He then went to the University of North Carolina at Pembroke, where he pledged Alpha Omega Upsilon fraternity, was a member of the men’s soccer team, joined ROTC and worked a full-time job while acquiring his bachelor’s degree in communications. He graduated in December 1987.

He married his wife of 34 years, Tonya, and entered the USAF. During his 20 years as an Air Force pilot, he flew C-21s at Offutt AFB, C-130s at Pope, Little Rock and across the globe. He was an exchange officer with the Dutch, stationed in Eindhoven, Netherlands. He served in the Gulf War, the War on Terror, and the Iraqi and Afghan wars. Michael was an instructor pilot, teaching the Iraqis and Afghans how to fly C-130s. In 2005, he and his crew won the Mackay Trophy for the most meritorious flight of the year. He flew the Iraqi Prime Minister on their inaugural “Air Force One” flight through dangerous mountains and landed on an unfinished, unsecured runway.

After his retirement, he worked in the private sector for Blackwater, AAR, SNC, MAG Aerospace and recently for Leidos flying the King Air. He flew across the world, but enjoyed his time in Africa the most. While in Africa, he enjoyed meeting the people and volunteering at a local orphanage. He loved the local cuisine and photographing the scenery and wildlife.

In his free time, Michael liked antiquing, taking long drives, reading, watching movies, anything electronic, photography, and enjoying nature. One of his great passions was soccer; he loved playing through his high school and college years. He was a referee, coach, and taught his own children and grandchildren how to play. He also loved hunting, fishing, canoeing and just hanging out in his backyard with his family. His highest priority was always his family and friends. He loved nothing more than being with his wife, children, grandchildren, and extended family. He was always willing to lend a helping hand to anyone, and will be missed by all who knew him.

In addition to his mother, Sandra B. Finn, he was predeceased by his son, David Ryan Frame.

A graveside service will be held at 11:30 a.m. Saturday, May 14, at the Old Oak Cemetery in Walpole. A celebration of life will follow at 1 p.m. at the Harbor Room restaurant in New Harbor.