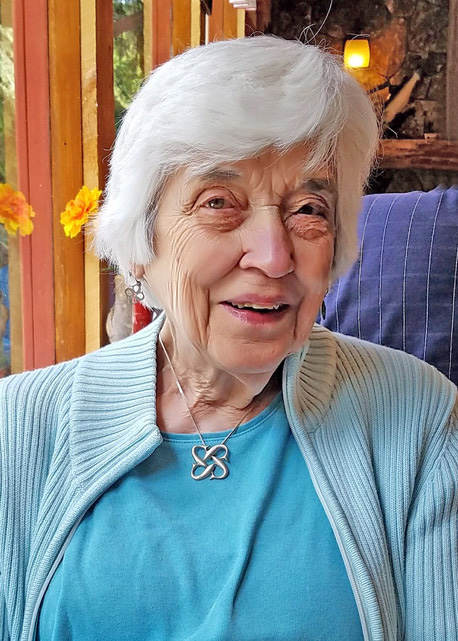 Margaret Avis Kallberg Anderson was born on Dec. 13, 1926 in Minneapolis, Minn. and passed away Dec. 21, 2020, in Damariscotta. She was the younger daughter of her parents, Edna Ziebarth and Clarence Kallberg.

As a young girl, Margaret, along with her sister, Marie, enjoyed school and happy times in Minneapolis. Clarence’s health circumstances took the family north, near Bay Lake, Minn., where they settled and lived for several years. The sisters attended school there, though they eventually returned to Minneapolis. But they came to love the land and the beautiful lakes in the north, and Clarence bought a parcel of land there on Clearwater Lake. The family built a small cabin on the property, and the land has always had special meaning to Margaret. She continued to travel there and enjoy the cabin and the lake throughout her lifetime.

While attending college at the University of Minnesota in Minneapolis, Margaret met and married a handsome young instructor, Elvin L. Anderson (“Andy”). They were married from 1948 until his death in 2015. After their marriage, they moved to Moorestown, N.J., where they raised their children and spent many happy years. Once Andy retired from GSK Pharmaceuticals, they moved to coastal Oregon, Andy’s family home. Eventually, they settled in Damariscotta, where they lived for the rest of their lives. Margaret enjoyed raising her family, playing bridge, and traveling the world with her husband after his retirement. She attended church at Second Congregational Church.

Margaret was predeceased by her parents; her sister, Marie; and her husband, Andy.

A family funeral trip will be held in the future. In lieu of flowers, donations in Margaret’s memory may be made to your favorite local charity.