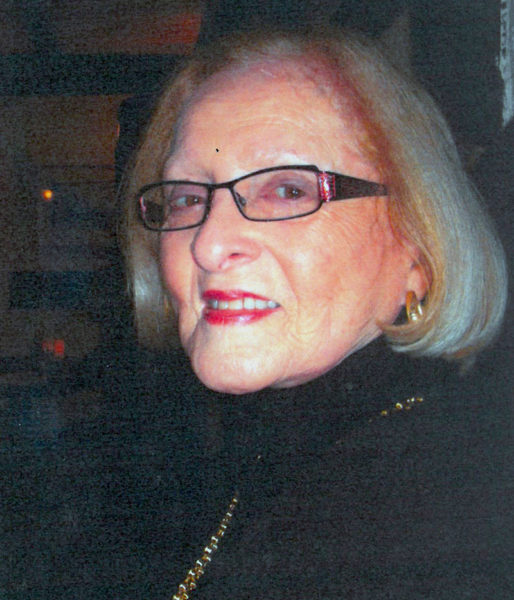 Margaret (Laddie) Drucker passed away peacefully at her Sprucewold home in Boothbay Harbor on Feb. 5. Laddie was born to James and Corrina Ladner on July 8, 1924 and grew up on the family farm in South Gardiner. Laddie attended a one-room schoolhouse and South Gardiner High School. After graduation in 1941, she left Maine to attend Antioch College.

While her life both began and ended in her beloved Maine, the years in between were an amazing adventure. At Antioch College, she met Darrell Drucker and they married in Dayton, Ohio in 1947. Darrell became a Foreign Service Officer in the U.S. Diplomatic Corps, and was assigned as the Cultural Attaché at American embassies all over the world. Laddie traveled with him. They lived in the Philippines, Australia, Cambodia, Burundi, Morocco and Colombia. Laddie’s role was to establish an American home and to welcome the local people into it. Her efficient organization and ease in entertaining served her well. In virtually every country, she found ways to contribute to the communities while honoring their local customs. In each country, she immersed herself in activities that promoted charitable interests. Darrell’s last post was in Washington, D.C. where he worked at the Voice of America. They lived in Arlington, Va. during these years. Laddie stayed active in the local community and later worked as a paralegal for the U.S. government.

Laddie and Darrell’s son, Stephen, was born in Australia and spent his early years immersed in the cultures of other countries.

While they were still living in Colombia in 1972, Laddie, Darrell and Steven built their Sprucewold cottage. They began coming to Boothbay Harbor as often as they could. When Darrell died in 1991, Laddie winterized the summer cottage into a year-round house and moved to Boothbay Harbor full time.

As in her previous posts all around the world, Laddie was soon actively involved and contributing to the many local charities and organizations that make Boothbay Harbor so wonderful. She has been a long-time member and supporter of numerous local and non-profit organizations, including the YMCA, St. Andrews Auxiliary, the historical society, the Regional Land Trust, the Opera House, Good Shepherd Food Bank, ACLU, Democratic Party, Portland Stage, Portland Art Museum, and Habitat for Humanity.

Laddie started and coordinated a Monday Night Book Club over 20 years ago. All of these organizations were dear to her, but she held a special place in her heart for art, and particularly for the Boothbay Region Art Foundation. She became a supporter of BRAF in 1972. Later, she was elected to the board of trustees where she helped guide and build that organization for over 20 years. She was still an active member of the BRAF Board of Trustees at the time of her death. Her home was filled with the art she had collected from around the world and from artists from around the Boothbay region.

Laddie proclaimed the virtues of Boothbay Harbor at every opportunity. She loved the town’s charm, its people and the stunning spectacle of the natural surroundings. Every night, Laddie ended her day by walking outside and gazing in wonder at the universe. Nature never ceased to amaze and delight her.

She is survived by daughter-in-law, Laura Drucker; granddaughter, Nicole Drucker, both of Arlington, Va.; and so many cherished friends.

Laddie did not wish for there to be a formal service, but has arranged for a party to be held at the Boothbay Region Art Foundation on a future date, to be determined. Her friends and acquaintances are invited.

She asked that in lieu of flowers, individuals who wish to remember her do so by making contribution to the Boothbay Region Art Foundation or to a charity of their choice.