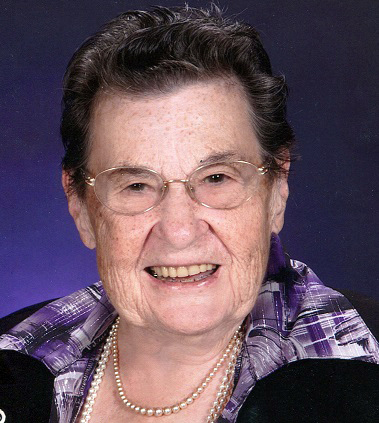 She was born on June 4, 1928 in Jefferson, the daughter of Elton Wayne and Bertha (Turner) McCurda.

She graduated from Lincoln Academy in Newcastle, Augusta General Hospital School of Nursing, and obtained a B.A. from the University of Maine, Orono.

On Nov. 24, 1948, she married Benjamin G. Hilton in Jefferson, and they were together for 52 years. She was employed for over 35 years by the Gardiner General Hospital/Kennebec Valley Medical Center in many areas including pharmacy, operating room, Central Supply, the Emergency Room and the Skilled Nursing Unit.

She was a member of the Winter Street Baptist Church in Gardiner. She served as president of Ouineja Fellowship for over 20 years and various other areas. She was an alumna of the Augusta General Hospital, the Maine Genealogical Society, the Mary Kelton Dummer Chapter of the DAR, and the Mayflower Society. She served as past state president of the Kennebec Valley Conference of Gideon’s Auxiliary.

She is predeceased by her husband, Benjamin G. Hilton. Survived by three sons, David and wife Penney of New Gloucester, Raymond and wife Theresa of Chelsea, and Edward of Alameda, Calif.; a sister, Arlene Cole of Newcastle; five grandchildren; two nieces; a nephew; and three great-grandchildren.

There will be no viewing or service and burial will be at the Trask Lawn Cemetery in Jefferson at the family’s convenience.

Arrangements are by Staples Funeral and Cremation Service, 53 Brunswick Ave., Gardiner where condolences, memories and photos may be shared with the family on the obituary page of the funeral home website familyfirstfuneralhome.com.