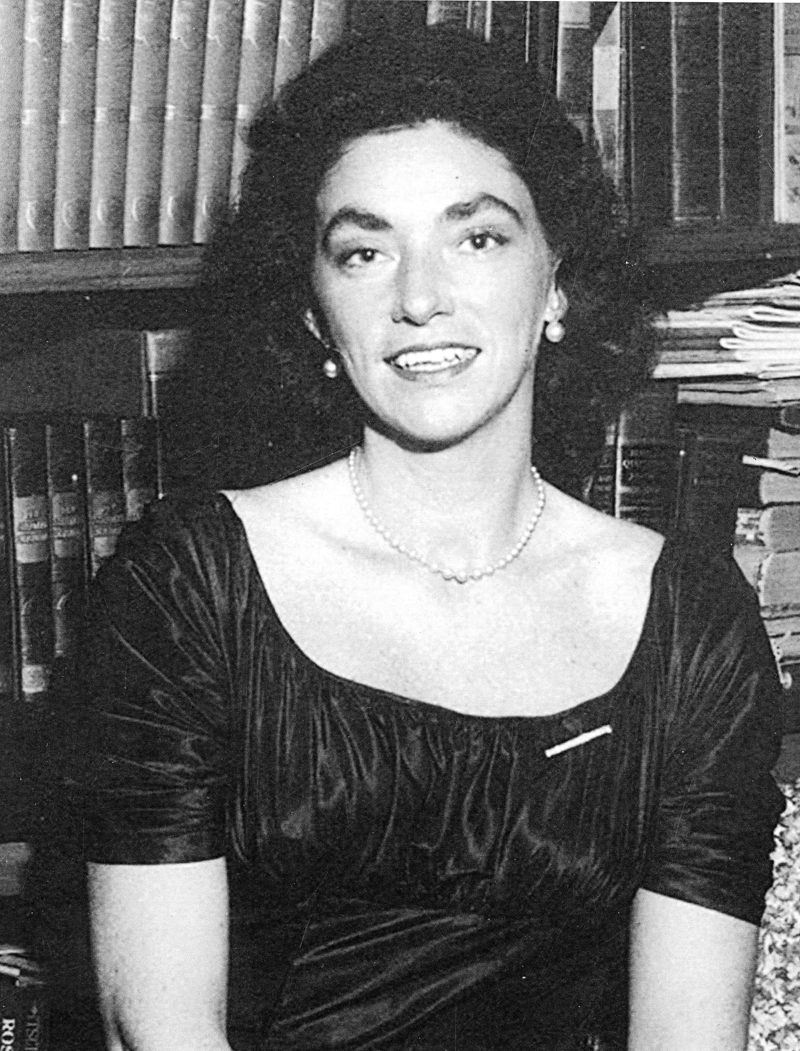 On Monday, October 16, Marian Armstrong Miller Clark peacefully shed her mortal coil.  She was predeceased by her parents, her sister, her husband, and numerous pets.

Marian was a cousin to the United States President, William McKinley, and granddaughter to the Honorable James McKinley Graeff.

She continued the family tradition of attending Saint Agnes Cathedral School in Albany, NY, as her sister followed their mother.  Marian had kept up with her classmates until her death.

Marian, was a debutante from the Albany, New York Country Club where she had to know all the social graces.  Marian, was a Navy wife in California. Once during a party, she encountered a woman, who was lording her status over another Navy wife.  Marian, to the rescue. She could tell that this woman had never been a debutante.  When the obnoxious woman asked Marian where she “came out”, Marian’s reply was “Tehachapi” (an infamous State Prison for Women). leaving the women with her mouth wide open.

Marian served in the American Red Cross Motor Corps in Albany, NY as a Lieutenant during WWII.  She, her mother, Major Frances Hortense Graeff Miller and her sister, Captain Jane Elizabeth Miller Day, transported wounded soldiers and supplies, by convoys. This included one time when she was passed by the trailer she was towing.

While living in Thomaston Marian worked for the WRKD radio station as a  radio personality Marian Lane with her theme song Lola (the ooold version).   She did interviews, commentary, news reports, and whatever else the radio station wanted her to do.  This included driving the Lobster Princess in her black convertible with an aa-ruuu-ga horn.

In 1960, Marian married Gordon Baine Clark, college professor, artist, and author.  When they married they made a promise that they would never go to bed angry, and for the 43 years of marriage they kept their promise 99 % of the time.  They lived in Head Tide, Alna, Maine for many years, where she belonged to several community organizations and was president of the school board (and drove the school bus!).

–Marian is survived by her children and grandchildren:  Mike Bergamini, his wife Harli, three children, daughter Nicole and his sons, Sam and Jack; Gordon Miller Clark his daughter Natalia, and his life partner Jackie Belknap; Sarah Causland Clark Corrigan and her husband Michael; and Alexander Baine Clark and his sons Tyler D. Murphy and Graeff Clark.  She is also survived by her niece, Jane Miller Day’s daughter, Susan E. Day, and an adopted member of the family and friend, Elizabeth S. Spence.

She will always be our Mom.  These few snippets of her life are some of what made her special – along with the word “Rhaally” and one raised eyebrow, when she encountered something of which she disapproved.  When we would leave her home and at the end of any telephone conversation Mom would always tell us she loved us and say “Too-da-loo.”

So, from Mom to everyone she knew, “TOO-DA-LOO!”