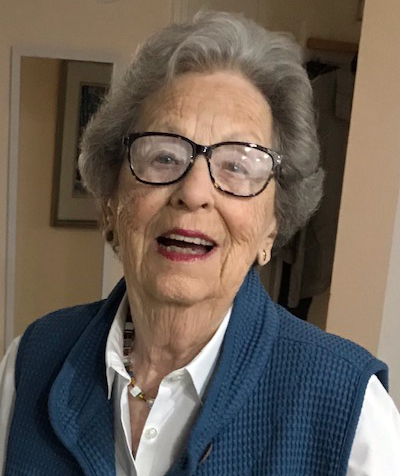 Marie C. Stephenson passed away peacefully on March 10, 2020 in Pinellas Park, Fla. She had been a long-term resident of Belleair, Fla., formerly of Jefferson. Born in Mars Hill on June 15, 1927, she is predeceased by her parents, Cecil and Laura Chase, of Jefferson, and her husband, William Bartley Stephenson.

After growing up in Ridgewood and Wood Ridge, N.J., Marie attended LaSalle College and then worked at the Ansonia Hotel in New York City. After marrying “Bart,” she started her family in the Los Angeles, Calif. area. The family returned to Maine where she raised her family. She worked at the Jefferson Village School for several years before becoming an administrative assistant for Gov. Longley, and then an office manager at a State Mental Health Office in Augusta.

After her move to Florida, she traveled extensively, visiting many of the world’s greatest cities. She enjoyed a close group of friends, concerts, and visiting her children. She was an avid reader and treasured books, both fiction and nonfiction. She studied Science of Mind and Spirituality teachings and attended Mile Hi Church in the Denver area as often as possible.

She became skilled at growing orchids, and was always willing to help neighbors and friends.