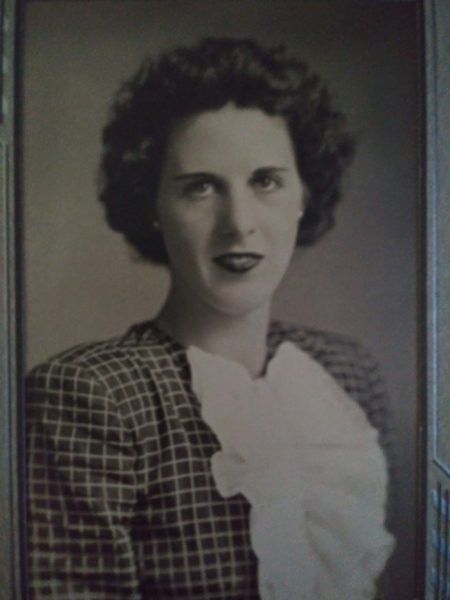 Marion F. Griffin, 100, passed away peacefully March 8, 2020 at LincolnHealth—Miles Campus in Damariscotta. She was born Oct. 15, 1919 in the Waldoboro home of her parents Hudson and Annie Eugley, on the same land her direct ancestors from Germany had acquired when the town was first established.

Marion’s childhood was spent on the family farm with her sister Madeline. Slopping the hogs and chasing the chickens remained vivid memories with Marion, but it was her love of dancing that put the biggest smile on her face when reminiscing. When she wasn’t helping with her father’s general store in West Waldoboro, which also served as a dance hall upstairs, she was planning for the next dance happening in the area. A few years after graduating high school, baby shoes replaced dancing shoes when she welcomed her daughter Shirley into the family in 1942. The love of dancing was passed down to her only child, who predeceased Marion in 2017.

While the three generations lived together at the farm, Marion worked at the Sylvania Plant in Waldoboro as a coil inspector and eventually retired from there after 40 years of service. During that time, she became a grandmother twice over and met and married her husband Earl, who predeceased her in 1986. Marion enjoyed traveling with Earl and others and spent nearly 30 winters in Orange City, Fla., where she made lifelong friendships. Her favorite destinations included Germany, Australia, and Hawaii. Despite a sweet tooth that developed later in life, Marion attributed her strength and longevity to the hard work experienced on the farm and her sensible diet. There was always a bowl of fresh fruit on her table and pop in the refrigerator for the kids. She moved to the Waldoboro Green in 2016, where she enjoyed watching the traffic and visiting with the residents and amazing caregivers there.

There will be a graveside service to be held at the German Church Cemetery in Waldoboro at a later date, with an announcement to follow.

Hall’s of Waldoboro has care of the arrangements. To extend online condolences, visit the Book of Memories at hallfuneralhomes.com.