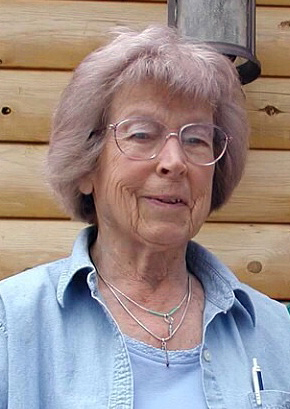 Marjorie J. Oliver passed away on Dec. 23 at her home in Georgetown.

Marjorie grew up in Damariscotta and graduated from Lincoln Academy in Newcastle. She graduated from Quinnipiac College in New Haven, Conn. with an AA Degree. She then went on to receive her degree in nursing from Central Maine Medical Center, where she practiced and taught nursing for over 25 years. During that time she received a BA in Social Welfare, an MA in education and a MS in nursing from the University of Southern Maine.

She is a long time American Red Cross volunteer Instructor in First Aid and CPR and disaster courses and served on the board of directors of the Bath Red Cross. She saw a need for the children of Georgetown to learn to swim so became an American Red Cross Water Safety Instructor. She was instrumental, with Frank Torrey of the Bath Recreation Dept., in starting the Reid State Park Learn to Swim Summer Program. She was a CPR and First Aid instructor in Sagadahoc and Lincoln counties and taught many classes in the area. She taught CPR and First Aid to the early volunteers of the Georgetown Fire Department.

Marjorie was an advocate for Women’s Rights and served on the first Lewiston/Auburn Task Force for prevention of adolescent pregnancy – and she was an active advocate for Women’s Health Care. In 1976 she took the American Nurses Association exams to become a Certified Nurse in Obstetric and Gynecological Nursing, one of the first two Registered Nurses in Maine to become certified in women’s health care. She has maintained her certification every three years since that time and at the time of her death was an RN.C Emeritus.

After her retirement from Nursing she became a national disaster volunteer for the American Red Cross. She served on 13 national disasters as a mental health nurse, one of the last being 9-11 in Washington, D.C. where she did grief counseling with the families of the American Airlines plane victims.

Marjorie moved to Colorado on a part-time basis, still keeping her residency in her beloved state of Maine. She was involved with teaching Red Cross volunteers in Grand Junction and Gunnison, Col. and served two terms on the board of trustees for the Western Colorado Chapter of the Red Cross.

She was a lover of nature and belonged to Audubon groups in Maine, Colorado and Massachusetts. She served two terms as president of the Black Canyon Audubon in Colorado, and was a member of the Ocean and Nature conservancies. Her passion was outdoor sports and bird watching.

She spent her remaining years living independently at her farm house in Georgetown, enjoying her birds and watching the Red Sox, Celtics and Patriots.

A celebration of life will be held at 1 p.m., Sat., Jan. 6 at the Five Island Baptist Church, Georgetown.

To share your thoughts and condolences with the family, please visit www.desmondfuneralhomes.com.